IN 2012 A SOUTHERN RIGHT WHALE GAVE BIRTH TO A CALF IN SYDNEY HARBOUR, AND THE PEOPLE OF SYDNEY WERE ENTRANCED.

THE STORY OF FLUKE IS BASED ON THESE EVENTS.

The mother and calf stayed in the sheltered waters of the city's inlets and bays for several months before heading south to the Antarctic waters. The people of Sydney were entranced by the presence of these whales so close to the city.

Since then there have been numerous other sightings of whale calves in Sydney waters, including one which was found nestling next to a boat after being separated from its mother.

Lesley Gibbes' text captures the excitement, joy and awe that the presence of these magnificent mammals create among the citizens of Sydney, while Michelle Dawson's tender illustrations bring the character of Fluke and his rich underwater world to life.

Other Editions - Fluke by Lesley Gibbes 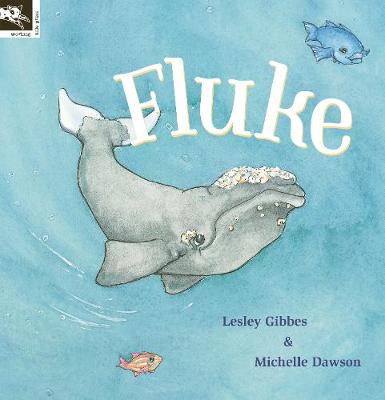 » Have you read this book? We'd like to know what you think about it - write a review about Fluke book by Lesley Gibbes and you'll earn 50c in Boomerang Bucks loyalty dollars (you must be a Boomerang Books Account Holder - it's free to sign up and there are great benefits!)


A Preview for this title is currently not available.
More Books By Lesley Gibbes
View All