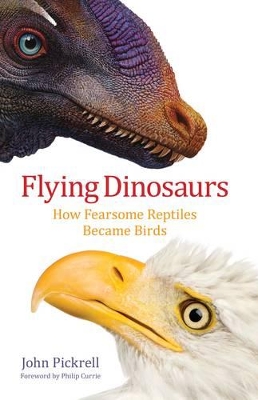 The discovery of stunning, feathered dinosaur fossils coming out of China since 2006 suggest that these creatures were much more bird-like than paleontologists previously imagined. Further evidence-bones, genetics, eggs, behavior, and more-has shown a seamless transition from fleet-footed carnivores to the ancestors of modern birds. Mixing colorful portraits with news on the latest fossil findings and interviews with leading paleontologists in the United States, China, Europe, and Australia, John Pickrell explains and details dinosaurs' development of flight. This special capacity introduced a whole new range of abilities for the animals and helped them survive a mass extinction, when thousands of other dinosaur species that once populated the Earth did not. Pickrell also turns his journalistic eye toward the stories behind the latest discoveries, investigating the role of the Chinese black market in trading fossils, the controversies among various dinosaur hunters, the interference of national governments intent on protecting scientific information, and the race to publish findings first that make this research such a dynamic area of science. 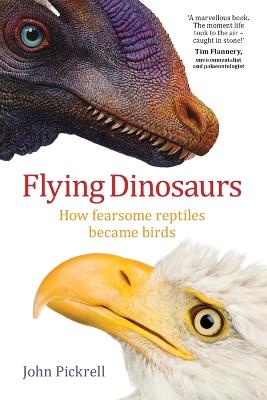 » Have you read this book? We'd like to know what you think about it - write a review about Flying Dinosaurs: How Fearsome Reptiles Became Birds book by John Pickrell and you'll earn 50c in Boomerang Bucks loyalty dollars (you must be a Boomerang Books Account Holder - it's free to sign up and there are great benefits!)


A Preview for this title is currently not available.
More Books By John Pickrell
View All

Flames of Extinction: The race to save Australia's threatened wildlife
$23.99 $29.99

Weird Dinosaurs: The Strange New Fossils Challenging Everything We Thought We Knew
$59.23 $65.81