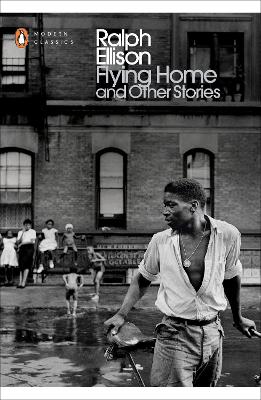 Flying Home And Other Stories

Description - Flying Home And Other Stories by John Callahan

Raw, lyrical and blazing with intensity, these short stories are a potent distillation of the genius of Ralph Ellison, author of Invisible Man.
'He saw the dark bird glide into the sun and glow like a bird of flaming gold'
Ranging from the Jim Crow South to a Harlem bingo parlour, from the hobo jungles of the Great Depression to Wales during the Second World War, they all display the musically layered voices, soaring language and sheer ebullience that made Ellison a giant of twentieth-century American writing. Written early in Ellison's career, several of these fourteen stories were unpublished in his lifetime, including 'A Storm of Blizzard Proportions' which features in this collection for the first time.
'Approach the simple elegance of Chekhov' Washington Post

Book Reviews - Flying Home And Other Stories by John Callahan

» Have you read this book? We'd like to know what you think about it - write a review about Flying Home And Other Stories book by John Callahan and you'll earn 50c in Boomerang Bucks loyalty dollars (you must be a Boomerang Books Account Holder - it's free to sign up and there are great benefits!)

Ralph Waldo Ellison (1914-94) was born in Oklahoma. In 1936 he went to New York, where he met the writers Langston Hughes and Richard Wright; shortly afterwards his stories and articles began to appear in magazines and journals. His debut novel, Invisible Man (1952), won the National Book Award and established Ellison as a major figure in twentieth-century fiction.

A Preview for this title is currently not available.
More Books By John Callahan
View All