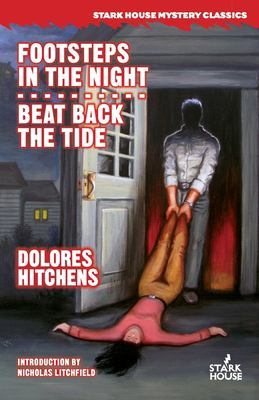 Footsteps in the Night / Beat Back the Tide

FOOTSTEPS IN THE NIGHT

The Southern California land had been in Dronk's family for years, but he sold most of it to developers, and that's how Dellwood came to be. Once a few new houses went up, they flocked to buy... Miss Silverter, the repressed spinster with a hidden passion. The brash, young Arthur family, including their stubborn old grandfather. The Holdens, a curious couple who feed off each other's weaknesses. And the tightly-wound Bartletts, with their beautiful young daughter, who immediately befriends Dronk's crippled teenage son. When she disappears one evening, the Bartletts naturally assume that the son is involved. But Dellwood is so full of secrets that the son is only one of Sheriff Ferguson's suspects. They're all guilty of something...

BEAT BACK THE TIDE

Glazer hires Francesca Warne as governess to his young son without realizing that she has a history with his cliff house. Her husband Adam had been shot to death on the beach below, back before Glazer bought it. Now she is asking Glazer to help her find out what really happened two years ago. So Glazer begins questioning the people involved: lovely, sensuous Mary Shelton, who married one of the men who used to own his house; the sadistic cop, Byronson, who still thinks Francesca was involved; pugnacious Conway, the other former owner, who knows more than he is telling; and Tremaine, Adam's only friend. Glazer quickly learns that Adam Warne was a self-hating drunk who had been despised by most of the town--but who hated him enough to have killed him?

Buy Footsteps in the Night / Beat Back the Tide by Dolores Hitchens from Australia's Online Independent Bookstore, Boomerang Books.

» Have you read this book? We'd like to know what you think about it - write a review about Footsteps in the Night / Beat Back the Tide book by Dolores Hitchens and you'll earn 50c in Boomerang Bucks loyalty dollars (you must be a Boomerang Books Account Holder - it's free to sign up and there are great benefits!)


A Preview for this title is currently not available.
More Books By Dolores Hitchens
View All