For One More Day

Description - For One More Day by Mitch Albom

'Every family is a ghost story...'As a child, Charley Benetto was told by his father, 'You can be a mama's boy or a daddy's boy, but you can't be both.' So he chooses his father, only to see him disappear when Charley is on the verge of adolescence.Decades later, Charley is a broken man. His life has been destroyed by alcohol and regret. He loses his job. He leaves his family. He hits rock bottom after discovering he won't be invited to his only daughter's wedding. And he decides to take his own life.Charley makes a midnight ride to his small hometown: his final journey. But as he staggers into his old house, he makes an astonishing discovery. His mother - who died eight years earlier - is there, and welcomes Charley home as if nothing had ever happened. What follows is the one seemingly ordinary day so many of us yearn for: a chance to make good with a lost parent, to explain the family secrets and to seek forgiveness.

Other Editions - For One More Day by Mitch Albom 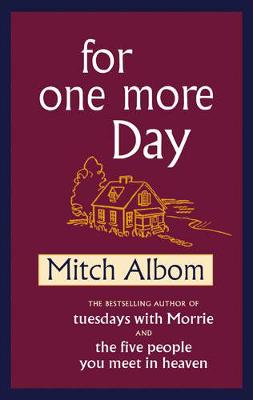 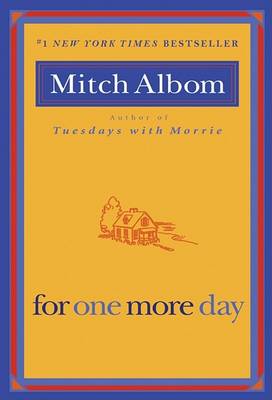 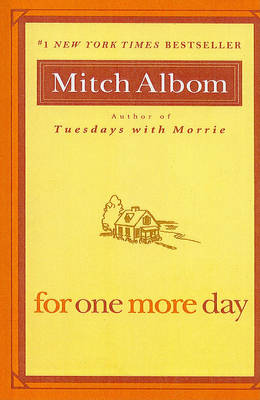 View all editions of For One More Day by Mitch Albom

Book Reviews - For One More Day by Mitch Albom

» Have you read this book? We'd like to know what you think about it - write a review about For One More Day book by Mitch Albom and you'll earn 50c in Boomerang Bucks loyalty dollars (you must be a Boomerang Books Account Holder - it's free to sign up and there are great benefits!)

Mitch Albom writes for the Detroit Free Press and has been voted America's No. 1 sports columnist ten times by the Associated Press Sports Editors. A former professional musician, he hosts a daily radio show on WJR in Detroit.

Finding Chika: A heart-breaking and hopeful story about family, adversity and unconditional love
$29.74 $34.99