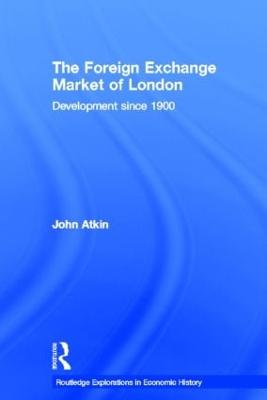 The Foreign Exchange Market of London

Description - The Foreign Exchange Market of London by John Atkin

Foreign Exchange is big business in the City of London. At the last official count, turnover on the London foreign exchange market averaged a staggering $504 billion a day. No other financial centre in the world even comes close to matching this total. Thirty one per cent of global foreign exchange activity takes place in the United Kingdom, compared with only sixteen per cent in the United States and nine per cent in Japan.

However, this has not always been so. A hundred years ago, the London foreign exchange market played second fiddle to more important centres in New York, Paris and Berlin. This book charts the inexorable rise of foreign exchange in London over the past century and is the first full-length study of this amazing transformation.

Other Editions - The Foreign Exchange Market of London by John Atkin 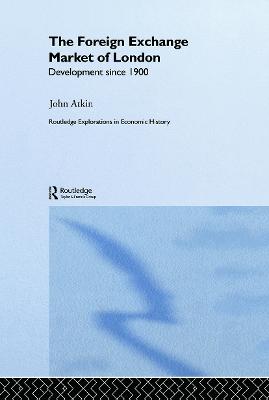 » Have you read this book? We'd like to know what you think about it - write a review about Foreign Exchange Market of London book by John Atkin and you'll earn 50c in Boomerang Bucks loyalty dollars (you must be a Boomerang Books Account Holder - it's free to sign up and there are great benefits!)

John Atkin retired from Citibank in 2000 after a career spanning 32 years. His principal role in the bank was that as Economic Adviser in London, but he served additionally as Chairman of the Trustees of the Citibank (UK) Pension Plan (1989-2000), and as a member of the Citibank's steering committee on EMU (1995-99). In 2000, following his retirement, he was awarded a three year Honorary Visiting Fellowship at Cass Business School. He spent this period researching and writing a history of the London foreign exchange market. John is a graduate of the London School of Economics receiving a Bsc (Econ) in 1966, and a PhD in 1968. He is the author of two books: British Overseas Investment 1918-31 (1977, Arno Pressa reprint of his PhD thesis) and EMU: Challenge and Change (1998, Thorogood). In addition, he has published articles in various journals and newspapers including the Economic History Review, euromoney, The Banker, FX & MM, The Guardian and The Independent.

A Preview for this title is currently not available.
More Books By John Atkin
View All