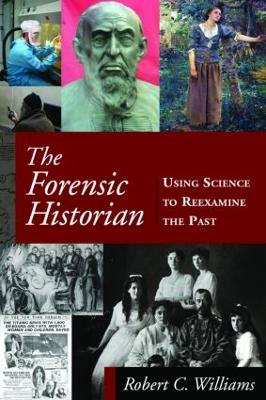 Using Science to Reexamine the Past

Modern forensic science has significantly affected historical debate over some well-known past crimes or mysteries, utilizing modern DNA, nuclear, and chemical analyses to reexamine the past. This book takes an in-depth look at 20 significant cases where investigators have applied new forensic techniques to confirm, dispute, or revise accepted historical accounts. Among the cases included are the murder of King Tut, the validity of the Vinland Map, the authenticity of the Hitler diaries, Joan of Arc's ashes, the bones of Anastasia, arsenic and the death of Napoleon, and the dating of the Shroud of Turin, plus 13 more.

Other Editions - The Forensic Historian by Robert C Williams 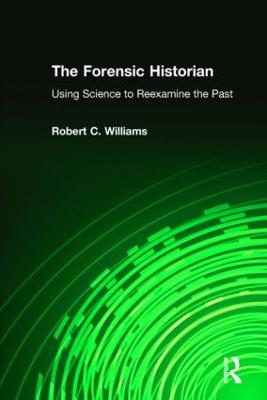 » Have you read this book? We'd like to know what you think about it - write a review about Forensic Historian book by Robert C Williams and you'll earn 50c in Boomerang Bucks loyalty dollars (you must be a Boomerang Books Account Holder - it's free to sign up and there are great benefits!)

Robert C. Williams is Vail Professor of History and Dean of Faculty Emeritus at Davidson College in Davidson, North Carolina, and a founding board member of History Associates Incorporated. He is the author of numerous books and articles in modern Russian, American, and European history, including The Historian's Toolbox, Klaus Fuchs: Atom Spy, and Ruling Russian Eurasia: Khans, Clans, and Tsars.

A Preview for this title is currently not available.
More Books By Robert C Williams
View All