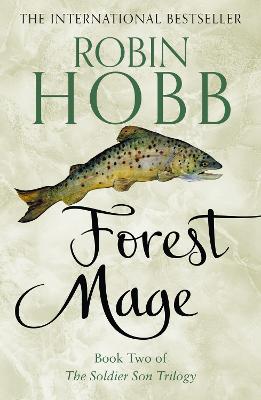 The second book in The Soldier Son Trilogy, from the author of the bestselling Farseer, Liveship Traders and Tawny Man trilogies.

The King's Cavalla Academy has been ravaged by the Speck plague. As the infirmary empties, Cadet Nevare Burvelle also prepares to journey home. Far from being a broken man, Nevare is hale and hearty after defeating his nemesis, Tree Woman, and freeing himself of the Speck magic that infected him and attempted to turn him against his own people.

Yet his nights are still haunted by dreams of the voluptuous Tree Woman, dreams in which his Speck self betrays everything he holds dear in his waking life. Has the plague infected him in ways far more mysterious than the merely physical?

Despite his fears, Nevare will journey back in full expectation of a jubilant homecoming and a reunion with his fiancee, Carsina. But his life is about to take a shocking turn, as the magic in his blood roars to life, a magic that seeks to destroy all he loves. 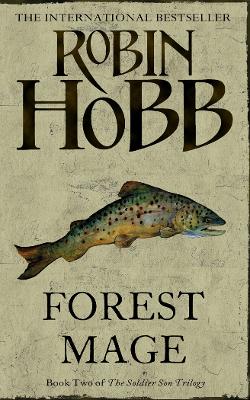 » Have you read this book? We'd like to know what you think about it - write a review about Forest Mage (The Soldier Son Trilogy, Book 2) book by Robin Hobb and you'll earn 50c in Boomerang Bucks loyalty dollars (you must be a Boomerang Books Account Holder - it's free to sign up and there are great benefits!)