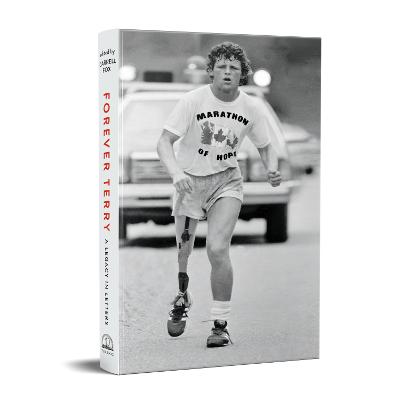 Terry Fox defined perseverance and hope for a generation of Canadians. Forty years after Terry's run ended, Forever Terry reflects what Terry's legacy means to us now, and in the future.

To mark the 40th anniversary of the Marathon of Hope, Forever Terry- A Legacy in Letters comprises 40 letters from 40 contributors recounting the inspiration, dedication, and perseverance that Terry Fox embodied, and gives voice to an icon whose example spoke much louder than his words. Edited by Terry's younger brother Darrell Fox on behalf of the Fox family, contributors range from Margaret Atwood, Bobby Orr, Jann Arden, and Christine Sinclair, to the police officers who escorted Terry on his run. Their reflections, which reveal connections between inspiring Canadians that readers will never have expected, appear alongside never-before-seen photos of Terry. Forever Terry is a testament to the influence Terry Fox has had on the shape of Canadian dreams, ambitions, and commitment to helping others. Royalties from the sale of Forever Terry will support the Terry Fox Foundation, which has raised almost $800 million dollars for cancer research.

» Have you read this book? We'd like to know what you think about it - write a review about Forever Terry book by Darrell Fox and you'll earn 50c in Boomerang Bucks loyalty dollars (you must be a Boomerang Books Account Holder - it's free to sign up and there are great benefits!)


A Preview for this title is currently not available.
More Books By Darrell Fox
View All

Social Work in the Youth Justice System: A Multidisciplinary Perspective
$63.86 $70.95