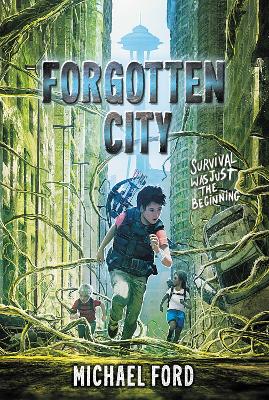 Survival is just the beginning in this action-packed middle grade adventure that's Mad Max for kids.

Thirteen years ago, the world ended. A deadly chemical called Waste began to spread across the globe, leaving devastation in its wake. Millions died. Cities fell into chaos. Anything the Waste didn't kill, it mutated into threatening new forms.

Kobi has always believed he and his dad were the only survivors. But when his dad goes missing, Kobi follows his trail-and discovers a conspiracy even deadlier than the Waste itself. » Have you read this book? We'd like to know what you think about it - write a review about Forgotten City book by Michael Ford and you'll earn 50c in Boomerang Bucks loyalty dollars (you must be a Boomerang Books Account Holder - it's free to sign up and there are great benefits!)