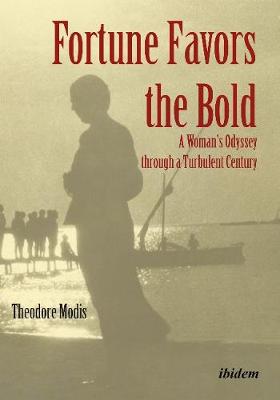 Fortune Favors the Bold - A Woman's Odyssey through a Turbulent Century

In the early twentieth century, a teenage Greek girl in Constantinople loses both her parents and, together with her younger sister, gets thrown into a massive population exchange between Greece and Turkey. She ends up in a refugee camp in northern Greece. With determination she creates a life in her new country, becoming a teacher in a small mountain town near Greece's northwestern borders with Albania and Yugoslavia. She meets and marries a young lawyer from a historic and tragic Macedonian family.

Her story extends through a century of war and peace and is peppered with likable characters, horrific events, and a love story. Among the protagonists are two strong women, a charming and indomitable man, and a smart but sickly kid. Now and again her drive, perseverance, and common sense will save the day and reward her with happiness, which nevertheless will come and go like interludes of sunshine in otherwise endlessly stormy weather.

The reader will also get candid and authentic glimpses on poorly known historical conflicts such as the Balkan Wars, the world's greatest ethnic cleansing, the occupation loan that the Nazis exacted from Greece, the Greek Civil War, the Turkish invasion of Cyprus, and the dispute over the use of the name Macedonia.

» Have you read this book? We'd like to know what you think about it - write a review about Fortune Favors the Bold - A Woman's Odyssey through a Turbulent Century book by Theodore Modis and you'll earn 50c in Boomerang Bucks loyalty dollars (you must be a Boomerang Books Account Holder - it's free to sign up and there are great benefits!)


A Preview for this title is currently not available.
More Books By Theodore Modis
View All