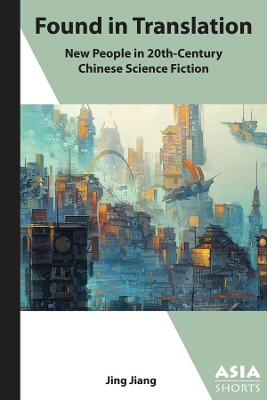 What will the world look like in the future? How do people think and act in that future world? What constitutes the allures or hidden dangers of being modern? These are questions science fiction is uniquely equipped to entertain as a genre, a genre that took on a seriousness and significance in twentieth century China rarely seen in other parts of the world. While marginalized in standard literary history, science fiction was the privileged literary form originally, and repeatedly, entrusted with the modernization of the Chinese mind for the sake of nation-building. Since its introduction into China via translation at the beginning of the twentieth century as a type of new fiction bearing the badge of universal modernity, science fiction in China had always been associated with aspirations for membership in the modern world first and foremost, and in world literature secondarily. Found in Translation investigates Chinese science fiction as a phenomenon of world literature, or a product of transculturation. Through exploring the multiple ?textual pathways? as well as ?conceptual and thematic networks? that exist between translations and creations during the two boom periods and beyond, the book highlights the ways in which science fiction intervened in critical debates on nationalism, realism, humanism, and environmentalism in twentieth century China.

» Have you read this book? We'd like to know what you think about it - write a review about Found in Translation - "New People" in Twentieth-Century Chinese Science Fiction book by Jing Jiang and you'll earn 50c in Boomerang Bucks loyalty dollars (you must be a Boomerang Books Account Holder - it's free to sign up and there are great benefits!)


A Preview for this title is currently not available.
More Books By Jing Jiang
View All