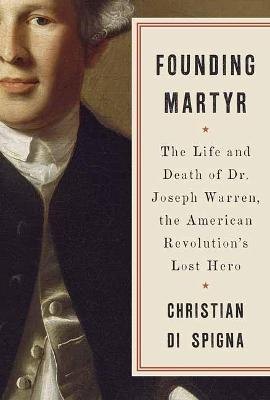 The Life and Death of Dr. Joseph Warren, the American Revolution's Lost Hero

Little has been known of one of the most important figures in early American history, Dr. Joseph Warren, one of the architects of the colonial rebellion, and a man who might one day have led the country like Washington or Jefferson had he not been martyred at Bunker Hill in 1775. After his death, his life and legend faded, leaving his contemporaries to rise to fame in his place and obscuring his essential role in bringing America to independence. Christian Di Spigna's definitive new biography of Warren is a loving work of historical excavation, the product of over a decade of research and scores of newly unearthed primary source documents that have given us this forgotten Founding Father anew. Following Warren from his farming childhood and years at Harvard through his professional success and political radicalization, to his role in sparking the rebellion, Di Spigna's thoughtful, judicious retelling not only restores Warren to his rightful place in the pantheon of Revolutionary greats, it gloriously complicates our understanding of the nation's dramatic beginnings.

» Have you read this book? We'd like to know what you think about it - write a review about Founding Martyr book by Christian Di Spigna and you'll earn 50c in Boomerang Bucks loyalty dollars (you must be a Boomerang Books Account Holder - it's free to sign up and there are great benefits!)

CHRISTIAN DI SPIGNA is a writer based in Williamsburg, Virginia. A regularly appearing speaker and volunteer at Colonial Williamsburg, Di Spigna is an expert on the history of the era and educates wide audiences.