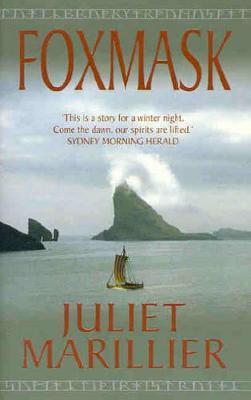 Saga of the Light Isles 2

The second book in an epic tale of enchanting adventure, sequel to Wolfskin, from the acclaimed author of the Sevenwaters series

"This is a story for a winter night. Come the dawn, our spirits are lifted." Sydney Morning Herald

Fail to cross the Fool's Tide while the strange midsummer calm lulls the roiling currents, and the sea will have you if the enemy does not...

At his coming of age, Thorvald learns a devastating secret, and steals away on a perilous voyage in search of the father he has never known. His loyal shadow, Creidhe, daughter of a Wolfskin warrior and a wise woman, was never meant to be part of this desperate journey. But Thorvald has underestimated her.

The Long Knife people of the Lost Isles are not what the weary travellers were expecting. Suspiciou, frightened and ruled by a cruel tyrant, they will not explain why Creidhe must hide her golden hair from sight, or why there are so few children amongst them. . .

But then a baby is born, and Creidhe discovers the horrific truth of the curse the vengeful Unspoken have placed on the Long Knife people-and the only possible solution. For the future of the islands depends on a visionary child: the powerful seer of the Unspoken, Foxmask. Snatched away in infancy, the boy is held on the forbidding Isle of Clouds, protected by ancient forces of nature. To return him to the Unspoken and restore peace to the islands, the Long Knife people must endure the annual ritual of the hunt.

But there are deeper secrets in this battle for survival, and another way-an unthinkable way-to lift the curse. One that the newcomers discover when it may be too late. . .

Other Editions - Foxmask by Juliet Marillier 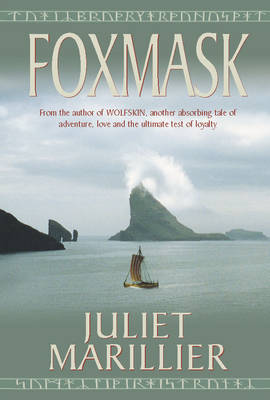 » Have you read this book? We'd like to know what you think about it - write a review about Foxmask book by Juliet Marillier and you'll earn 50c in Boomerang Bucks loyalty dollars (you must be a Boomerang Books Account Holder - it's free to sign up and there are great benefits!)

Juliet Marillier was born in Dunedin, New Zealand, a town with strong Scottish roots. She graduated from Otago University with a BA in languages and an honours degree in music, and has had a varied career which includes music teaching and performing as well as working in government agencies. Juliet now lives in the Swan Valley area near Perth, Western Australia, where she writes almost full time. Her garden features trees and herbs, in keeping with druidic interests, and is a haven for local wildlife. Juliet currently shares her home with two dogs and a cat.

A Preview for this title is currently not available.
More Books By Juliet Marillier
View All