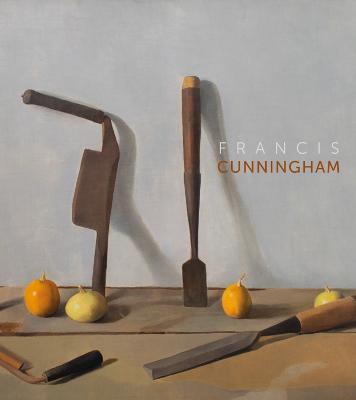 Francis Cunningham: Learning how to see

Description - Francis Cunningham: Learning how to see by Christopher Knight

While the art world was turning its eyes towards abstract art and action painting, Cunningham's interest in figurative art and the human form never waned. This is the underlying reason for his lukewarm reception, keeping him out of the limelight, although this is not to say his art was second rate. In a sense, this marginal status was a blessing in disguise, enabling Cunningham to broaden and develop his thinking on his personal artistic sensibility and thus on the central role played by 'colour-spot' painting, the technique borrowed from his master Edwin Dickinson, and on the importance of teaching, of which he had personal experience at the New Brooklyn School of Life, Painting, Drawing, and Sculpture and at the New York Academy of Art. These last two aspects, which were of fundamental importance in his life, are brought to the forefront in the very title of the book: Learning How To See. The book chronicles Cunningham's development from his earliest, small, and mostly abstract canvases characterised by large colour fields suggesting landscapes, to his later figurative work, in which the study of anatomy takes over, only to give way, as if coming full circle, to paintings containing large empty spaces and a drastically reduced number of elements. Most of Cunningham's paintings are large and depict nude subjects, sometimes portrayed alone and sometimes in triptychs. A feature of his works from this 'second period' is what might be called their 'vertical' nature, which contrasts strongly with his very last, mostly still life paintings, which stand out for their horizontal orientation. The human figure has virtually disappeared and Cunningham seems almost to have returned to the preoccupations of his youth. The artist's many facets are explored in essays by art historians and art critics, including Christopher Knight, Edward Lifson, John Walsh, and Valentina De Pasca, as well through the reminiscences of his favourite model, Regina Hawkins-Balducci. AUTHOR: Francis Cunningham studied at The Art Students League with Edwin Dickinson and Robert Beverly Hale. He has had solo exhibitions in New York, Chicago, Washington D.C., Copenhagen and Stockholm. He taught at the Brooklyn Museum Art School, The Art Students League, and in 1980, with the sculptor Barney Hodes, co-founded the New Brooklyn School of Life Drawing, Painting & Sculpture, Inc., which in 1983 merged with the New York Drawing Association to form The New York Academy of Art. He is a member of the National Academy of Design and a winner of the Benjamin West Clinedinst Medal. 100 colour images

» Have you read this book? We'd like to know what you think about it - write a review about Francis Cunningham: Learning how to see book by Christopher Knight and you'll earn 50c in Boomerang Bucks loyalty dollars (you must be a Boomerang Books Account Holder - it's free to sign up and there are great benefits!)


A Preview for this title is currently not available.
More Books By Christopher Knight
View All