The Maker of Modern France

Description - Francis I by Leonie Frieda

Francis I (1494-1547) was inconstant, amorous, hot-headed and flawed. Yet he was also arguably the most significant king that France ever had. This is his story. A contemporary of Henry VIII of England, Francis saw himself as the first Renaissance king, a man who was the exemplar of courtly and civilised behaviour throughout Europe. A courageous and heroic warrior, he was also a keen aesthete, an accomplished diplomat and an energetic ruler who turned his country into a force to be reckoned with. Yet he was also capricious, vain and arrogant, taking hugely unnecessary risks, at least one of which nearly resulted in the end of his kingdom. His great feud with his nemesis Charles V, the Holy Roman Emperor, defined European diplomacy and sovereignty, but his notorious alliance with the great Ottoman ruler Suleiman the Magnificent threatened to destroy everything. With access to never-before-seen private archives, Leonie Frieda's comprehensive and sympathetic account explores the life of the most human of all Renaissance monarchs - and the most enigmatic.

Other Editions - Francis I by Leonie Frieda 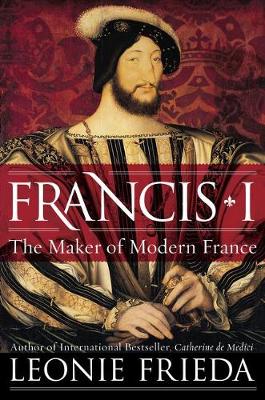 » Have you read this book? We'd like to know what you think about it - write a review about Francis I book by Leonie Frieda and you'll earn 50c in Boomerang Bucks loyalty dollars (you must be a Boomerang Books Account Holder - it's free to sign up and there are great benefits!)

Swedish by birth, but educated in Britain, Leonie Frieda speaks five languages and is a member of the Institute of Linguists. Her long interest in Catherine de Medici resulted in a biography that was a bestseller on both sides of the Atlantic and was translated into six languages. She lives in London with her daughter Elisabeth and son Jake.

A Preview for this title is currently not available.
More Books By Leonie Frieda
View All