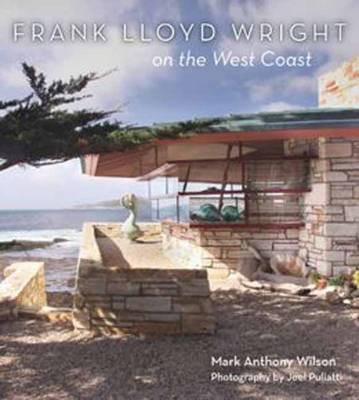 Frank Lloyd Wright's buildings in the Midwest and on the East Coast have been well documented, but his work on the West Coast has not been thoroughly covered in print until now. Between 1909 and 1959, Wright designed a total of 36 structures on 28 sites up and down the West Coast, from Seattle to Southern California, of which 34 still stand. These include well-known structures such as the Marin County Civic Center and Hollyhock House in Los Angeles, and many lesser-known gems such as the 1909 Stewart House near Santa Barbara. With more than 200 new colour photographs by veteran architectural photographer Joel Puliatti, and 50 archival images (many of which have never been seen in print before), this comprehensive survey of Wright's West Coast legacy features extensive background information on the clients' relationships with Wright, including insights gleaned from correspondence with the original owners and interviews with many of the current owners. 250 colour and black and white photographs

» Have you read this book? We'd like to know what you think about it - write a review about Frank Lloyd Wright on the West Coast book by Mark,Anthony Wilson and you'll earn 50c in Boomerang Bucks loyalty dollars (you must be a Boomerang Books Account Holder - it's free to sign up and there are great benefits!)