'Masterful ... brilliantly brings to life one of the most complex characters of modern European history' - Sunday Telegraph
'It is sure to be the standard English-language account for many years. It instructs; it entertains; and it surprises' - Philip Mansel, The Spectator

Frederick the Great, King of Prussia, dominated the eighteenth century in the same way that Napoleon dominated the start of the nineteenth. He was a force of nature, a ruthless, brilliant, charismatic military commander, a monarch of exceptional energy and talent, a gifted composer, performer, poet and philosopher, and a discerning patron of artists, architects and writers, most famously Voltaire. From the very start of his reign he was an intensely divisive figure - fascinating even to those who hated him.
Tim Blanning's brilliant new biography captures Frederick's vitality, complexity and flawed genius better than any previous writer. He also recreates a remarkable era, the last flowering of the old regime that would be swept away almost immediately after Frederick's death by the French Revolution.
Equally at home on the battlefield or in the music room at Frederick's extraordinary miniature palace of Sanssouci, Blanning draws on a lifetime's immersion in the eighteenth century to present him in the round, with new attention paid to his cultural self-fashioning, including his sexuality. Frederick's spectre has hung over Germany ever since, both as inspiration and warning - Blanning at last allows us to understand him in his own time.

Other Editions - Frederick the Great by Tim Blanning 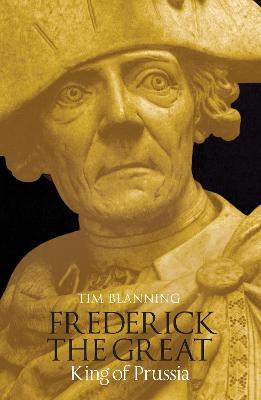 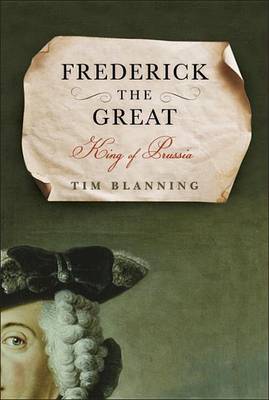 » Have you read this book? We'd like to know what you think about it - write a review about Frederick the Great book by Tim Blanning and you'll earn 50c in Boomerang Bucks loyalty dollars (you must be a Boomerang Books Account Holder - it's free to sign up and there are great benefits!)

Tim Blanning is the author of a number of major works on eighteenth century Europe, including The Pursuit of Glory : Europe 1648-1815, The Culture of Power and the Power of Culture and Joseph II. He is Emeritus Professor of Modern European History at the University of Cambridge, a Fellow of Sidney Sussex College, Cambridge and a Fellow of the British Academy. His latest book, Frederick the Great, won the British Academy Medal 2016.

A Preview for this title is currently not available.
More Books By Tim Blanning
View All