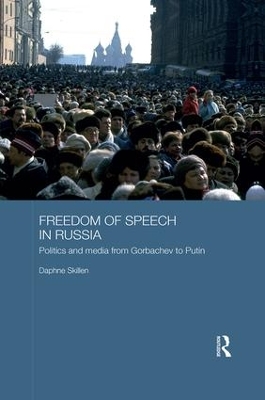 Freedom of Speech in Russia

Politics and Media from Gorbachev to Putin

Description - Freedom of Speech in Russia by Daphne Skillen

This book traces the life of free speech in Russia from the final years of the Soviet Union to the present. It shows how long-cherished hopes for an open society in which people would speak freely and tell truth to power fared under Gorbachev's glasnost; how free speech was a real, if fractured, achievement of Yeltsin's years in power; and how easy it was for Putin to reverse these newly won freedoms, imposing a 'patrimonial' media that sits comfortably with old autocratic and feudal traditions. The book explores why this turn seemed so inexorable and now seems so entrenched. It examines the historical legacy, and Russia's culturally ambivalent perception of freedom, which Dostoyevsky called that 'terrible gift'. It evaluates the allure of western consumerism and Soviet-era illusions that stunted the initial promise of freedom and democracy. The behaviour of journalists and their apparent complicity in the distortion of their profession come under scrutiny. This ambitious study covering more than 30 years of radical change looks at responses 'from above' and 'from below', and asks whether the players truly understood what was involved in the practice of free speech.

Other Editions - Freedom of Speech in Russia by Daphne Skillen 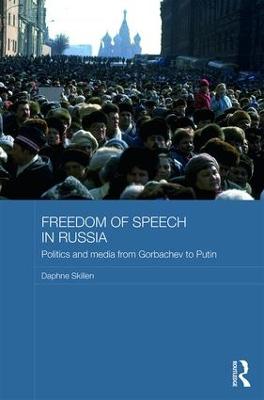 Book Reviews - Freedom of Speech in Russia by Daphne Skillen

» Have you read this book? We'd like to know what you think about it - write a review about Freedom of Speech in Russia book by Daphne Skillen and you'll earn 50c in Boomerang Bucks loyalty dollars (you must be a Boomerang Books Account Holder - it's free to sign up and there are great benefits!)

Daphne Skillen has degrees from London, Sydney and Colorado universities. Her doctorate is from University College London. She has lived and worked in Moscow for many years as a journalist and as a consultant for international development agencies and donors. She has also worked in the former Soviet Union and South-East Asia.

A Preview for this title is currently not available.
More Books By Daphne Skillen
View All