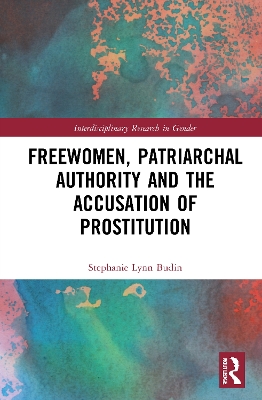 Freewomen, Patriarchal Authority, and the Accusation of Prostitution

Description - Freewomen, Patriarchal Authority, and the Accusation of Prostitution by Stephanie Lynn Budin

The purpose of this book is to rectify a well-entrenched misunderstanding about a category of women existing throughout world history-women who were not (and are not) under patriarchal authority, here called "Freewomen." Having neither father nor husband, and not being bound to any religious authority monitoring their sexuality, these women are understood to be prostitutes, and the terminology designating them appears as such in dictionaries and common parlance. This book examines five case studies of such women: the Mesopotamian harimtu, the Greek hetaira, the Italian cortigiana "onesta", the Japanese geisha, and the Indian devadasi. Thus the book goes from the dawn of written history to the present day, from ancient Europe and the Near East through modern Asia, comparatively examining how each of these cultures had its own version of the Freewoman and what this meant in terms of sexuality, gender, and culture. This work also considers the historiographic infelicities that gave rise and continuance to this misreading of the historic and ethnographic record.

This engaging and provocative study will be of great interest to students and scholars working in Gender and Sexuality Studies, Women's History, Classical Studies, Ancient Near Eastern and Biblical Studies, Asian Studies, World Cultures, and Historiography.

» Have you read this book? We'd like to know what you think about it - write a review about Freewomen, Patriarchal Authority, and the Accusation of Prostitution book by Stephanie Lynn Budin and you'll earn 50c in Boomerang Bucks loyalty dollars (you must be a Boomerang Books Account Holder - it's free to sign up and there are great benefits!)


A Preview for this title is currently not available.
More Books By Stephanie Lynn Budin
View All