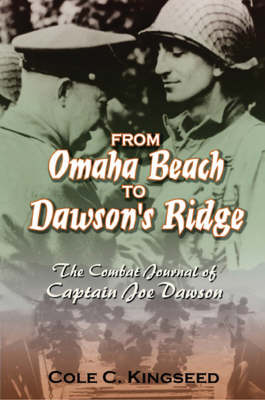 From Omaha Beach to Dawson's Ridge

An infantry company commander in the U.S. Army's heralded 1st Infantry Division, Capt. Joseph Turner Dawson led his men through some of the most brutal battles of World War II. From the invasion of North Africa in late 1942 through Sicily and the assault on Normandy to the push toward the German frontier late in 1944, his length of service on the frontlines was extraordinary, and his heroism while holding off the Germans on a ridge near Aachen, Germany, is legendary. Based on Dawson's own combat journal, this book focuses on leadership in combat during the greatest human drama of the twentieth century. Dawson is at the heart of the drama as he describes the strain of constant combat and its effect on the combat infantryman. His writings have been edited by the former chief military historian at the U.S. Military Academy at West Point, Col. Cole C. Kingseed, who succeeds masterfully in capturing the essence of combat leadership through the actions of this citizen-warrior. Although Dawson was an Army officer, the lessons his journal offer cut across service lines to help readers understand what makes a good frontline commander.
The book is published in cooperation with the Association of the U. S. Army.

» Have you read this book? We'd like to know what you think about it - write a review about From Omaha Beach to Dawson's Ridge book by Cole C. Kingseed and you'll earn 50c in Boomerang Bucks loyalty dollars (you must be a Boomerang Books Account Holder - it's free to sign up and there are great benefits!)

Col. Cole C. Kingseed, USA (Ret.), is a thirty-year Army veteran who commanded at the platoon, company, and battalion levels. A former history professor at West Point, he holds a Ph.D. from Ohio State University and is the author of The American Civil War and Eisenhower and the Suez Crisis of 1956, among other books. He lives in New Windsor, NY, where he serves as president of Brecourt Leadership Experience, Inc. 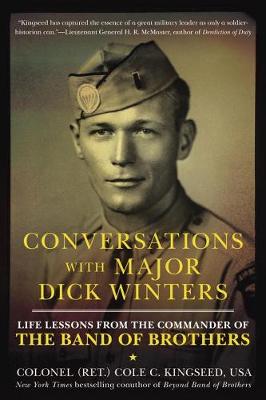