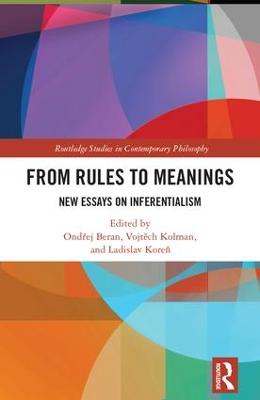 From Rules to Meanings

Description - From Rules to Meanings by Ondrej Beran

Inferentialism is a philosophical approach premised on the claim that an item of language (or thought) acquires meaning (or content) in virtue of being embedded in an intricate set of social practices normatively governed by inferential rules. Inferentialism found its paradigmatic formulation in Robert Brandom's landmark book Making it Explicit, and over the last two decades it has established itself as one of the leading research programs in the philosophy of language and the philosophy of logic. While Brandom's version of inferentialism has received wide attention in the philosophical literature, thinkers friendly to inferentialism have proposed and developed new lines of inquiry that merit wider recognition and critical appraisal.

From Rules to Meaning brings together new essays that systematically develop, compare, assess and critically react to some of the most pertinent recent trends in inferentialism. The book's four thematic sections seek to apply inferentialism to a number of core issues, including the nature of meaning and content, reconstructing semantics, rule-oriented models and explanations of social practices and inferentialism's historical influence and dialogue with other philosophical traditions. With contributions from a number of distinguished philosophers-including Robert Brandom and Jaroslav Peregrin-this volume is a major contribution to the philosophical literature on the foundations of logic and language.

Other Editions - From Rules to Meanings by Ondrej Beran 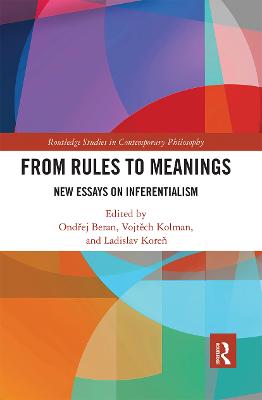 Book Reviews - From Rules to Meanings by Ondrej Beran

» Have you read this book? We'd like to know what you think about it - write a review about From Rules to Meanings book by Ondrej Beran and you'll earn 50c in Boomerang Bucks loyalty dollars (you must be a Boomerang Books Account Holder - it's free to sign up and there are great benefits!)

Ondrej Beran is a researcher, currently based at the Centre for Ethics (University of Pardubice). His publications, ongoing work, and areas of research interest include the philosophy of language, ethics, the philosophy of religion, and feminist philosophy. He has also translated some of Wittgenstein's works into Czech Ã£ Vojtech Kolman is Associate Professor of Logic at the Faculty of Arts, Charles University in Prague. His research focuses mainly on themes from the philosophy of mathematics, the history of logic, pragmatism, and the philosophy of the arts. He is author of the book Zahlen and numerous articles in international journals (Synthese, Erkenntnis, Hegel-Bulletin, Allgemeine Zeitschrift fur Philosophie and others). Ã£ Ladislav Koren is the Chair of the Department of Philosophy and Social Sciences at the University of Hradec Kralove and a researcher at the Czech Academy of Sciences. His areas of interest include epistemology, philosophy of language, philosophy of logic, philosophy of mind, and philosophy of social sciences. His publications include research articles in international journals (Synthese, Journal of Social Ontology) and Volumes (Routledge).

A Preview for this title is currently not available.
More Books By Ondrej Beran
View All