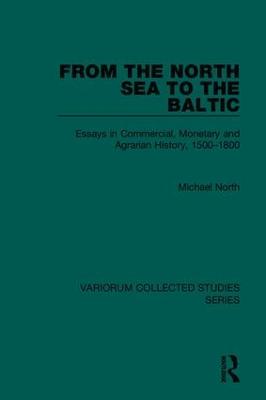 From the North Sea to the Baltic

Description - From the North Sea to the Baltic by Michael North

The Baltic in the early modern period has been called a "Nordic Mediterranean." In the studies collected here , Professor North is concerned to examine the ways in which this Baltic region became integrated in to the national division of labour and the emerging world economy. The volume opens with a new introductory essay, and the first section then focuses on the commodities exported to Western Eurpope - grain, timber, flax , hemp, and other raw materials. The following studies examine how this ever growing bulk trade stimulated a flow of money and payments in the opposite direction , and led to the formation of the manorial economy and the second serfdom in the grain producing countries of the Baltic hinterlands. The volume including eleven studies in English and 7 in German includes articles such as the Baltic trade and the decline of the Dutch economy in the 18th century; the European rice trade in the 18th and 19th centuries; and bullion transfer from Western Europe to the Baltic and to Asia, 1550-1750.

Buy From the North Sea to the Baltic by Michael North from Australia's Online Independent Bookstore, Boomerang Books.

» Have you read this book? We'd like to know what you think about it - write a review about From the North Sea to the Baltic book by Michael North and you'll earn 50c in Boomerang Bucks loyalty dollars (you must be a Boomerang Books Account Holder - it's free to sign up and there are great benefits!)

A Preview for this title is currently not available.
More Books By Michael North
View All