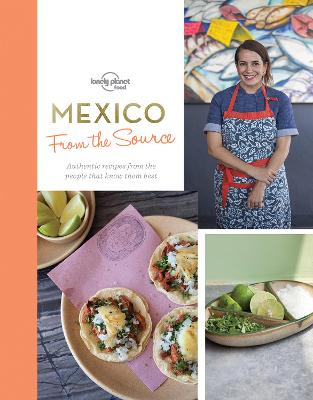 From the Source - Mexico

Authentic Recipes From the People That Know Them the Best

Description - From the Source - Mexico by Food

Lonely Planet presents Mexico's most authentic dishes, direct from the kitchens where they were perfected.

From street-food vendors to Michelin-starred chefs, Mexico's best local cooks share their passion for food and 60 of their region's classic recipes - from steaming sopa de lima to zesty, spicy salsas.

Book Reviews - From the Source - Mexico by Food

» Have you read this book? We'd like to know what you think about it - write a review about From the Source - Mexico book by Food and you'll earn 50c in Boomerang Bucks loyalty dollars (you must be a Boomerang Books Account Holder - it's free to sign up and there are great benefits!)


A Preview for this title is currently not available.
More Books By Food
View All