A Novel of the Korean War

NEW YORK TIMES BESTSELLER The master of military historical fiction turns his discerning eye to the Korean War in this riveting new novel, which tells the dramatic story of the Americans and the Chinese who squared off in one of the deadliest campaigns in the annals of combat- the Battle of Chosin Reservoir, also known as Frozen Chosin.

June 1950. The North Korean army invades South Korea, intent on uniting the country under Communist rule. In response, the United States mobilizes a force to defend the overmatched South Korean troops, and together they drive the North Koreans back to their border with China.

But several hundred thousand Chinese troops have entered Korea, laying massive traps for the Allies. In November 1950, the Chinese spring those traps. Allied forces, already battling stunningly cold weather, find themselves caught completely off guard as the Chinese advance around the Chosin Reservoir in North Korea. A force that once stood on the precipice of victory now finds itself on the brink of annihilation. Assured by General Douglas MacArthur that they would be home by Christmas, the soldiers and Marines fight for their lives against the most brutal weather conditions imaginable-and an enemy that outnumbers them more than six to one.

The Frozen Hours tells the story of Frozen Chosin from multiple points of view- Oliver P. Smith, the commanding general of the American 1st Marine Division, who famously redefined retreat as "advancing in a different direction"; Marine Private Pete Riley, a World War II veteran who now faces the greatest fight of his life; and the Chinese commander Sung Shi-Lun, charged with destroying the Americans he has so completely surrounded, ever aware that above him, Chairman Mao Tse-Tung watches his every move.

Written with the propulsive force Shaara brings to all his novels of combat and courage, The Frozen Hours transports us to the critical moment in the history of America's "Forgotten War," when the fate of the Korean peninsula lay in the hands of a brave band of brothers battling both the elements and a determined, implacable foe.

A Blaze of Glory

" An exciting read . . . This novel is meticulously researched and brings a vivid reality to the historical events depicted."-Library Journal

A Chain of Thunder

"Shaara continues to draw powerful novels from the bloody history of the Civil War."-Kirkus Reviews

"The voices of these people come across to the reader as poignantly clear as they did 150 years ago."-Historical Novels Review

The Smoke at Dawn

"Shaara's mastery of military tactics, his intimate grasp of history, and his ability to interweave several supporting narratives into a cohesive and digestible whole . . . will appeal to a broad range of historical and military fiction fans."-Booklist

"Readers . . . looking for an absorbing novel will be well rewarded."-The Clarion-Ledger

Other Editions - The Frozen Hours by Jeff Shaara 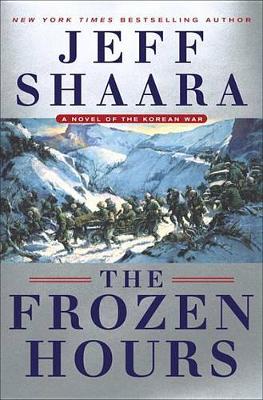 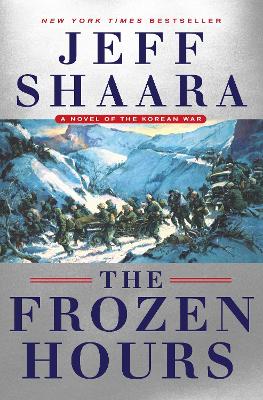 » Have you read this book? We'd like to know what you think about it - write a review about Frozen Hours book by Jeff Shaara and you'll earn 50c in Boomerang Bucks loyalty dollars (you must be a Boomerang Books Account Holder - it's free to sign up and there are great benefits!)

Jeff Shaara is the New York Times bestselling author of The Fateful Lightning, The Smoke at Dawn, A Chain of Thunder, A Blaze of Glory, The Final Storm, No Less Than Victory, The Steel Wave, The Rising Tide, To the Last Man, The Glorious Cause, Rise to Rebellion, and Gone for Soldiers, as well as Gods and Generals and The Last Full Measure-two novels that complete the Civil War trilogy that began with his father's Pulitzer Prize-winning classic, The Killer Angels. Shaara was born into a family of Italian immigrants in New Brunswick, New Jersey. He grew up in Tallahassee, Florida, and graduated from Florida State University. He lives in Gettysburg.