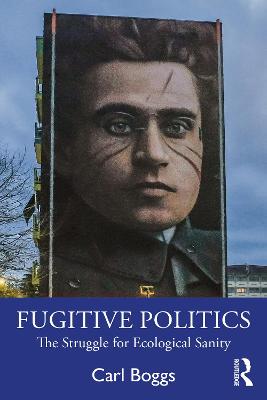 Fugitive Politics explores the intersection between politics and ecology, between the requirements for radical change and the unprecedented challenges posed by the global crisis, a dialectic has rarely been addressed in academia.

Across eight chapters, Carl Boggs explores how systemic change may be achieved within the current system, while detailing attempts at achieving change within nation-states. Boggs states that any notion of revolution seems fanciful in the current climate, contending that controlling elites have concentrated their hold on corporate power along three self-serving fronts: technology (Big Tech) and the surveillance order, militarism and the warfare state, and intensification of globalized power. Combined with this Boggs cites the fundamental absence of revolutionary counter-forces, arguing that after decades of subservice relevant, allied to the rise of identity politics and social movements, the Marxist theoretical legacy is now exhausted and will not provide an exit from the crisis. Boggs concludes that the only possibility for fundamental change will come from an open style of politics, in the Jacobin tradition, operating within the overall structures of the current democratic state.

Written for both an academic and a general readership, in the U.S. and beyond, Fugitive Politics will be of vital importance to those studying political theory, political philosophy, political history, Marxism and Marxist theory, authoritarian politics, ecology, environmental politics, and climate politics.

Other Editions - Fugitive Politics: The Struggle for Ecological Sanity by Carl Boggs 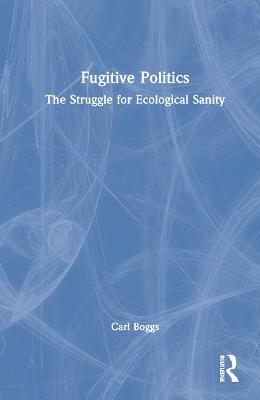 » Have you read this book? We'd like to know what you think about it - write a review about Fugitive Politics: The Struggle for Ecological Sanity book by Carl Boggs and you'll earn 50c in Boomerang Bucks loyalty dollars (you must be a Boomerang Books Account Holder - it's free to sign up and there are great benefits!)


A Preview for this title is currently not available.
More Books By Carl Boggs
View All