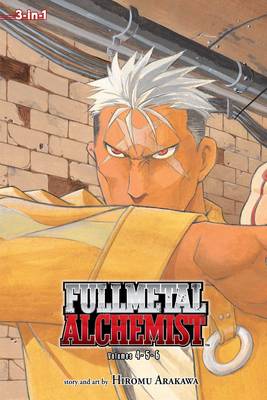 Trapped and injured in a secret alchemical laboratory, Edward Elric is at the mercy of his enemies, Lust and Envy. But they don't want him dead...they have other plans for him. As the laboratory goes up in flames, the brothers find themselves back at square one, with only an inkling of the massive scale of the Philosopher's Stone conspiracy. But then, Lieutenant Colonel Maes Hughes uncovers a shocking secret...

» Have you read this book? We'd like to know what you think about it - write a review about Fullmetal Alchemist (3-in-1 Edition), Vol. 2 book by Hiromu Arakawa and you'll earn 50c in Boomerang Bucks loyalty dollars (you must be a Boomerang Books Account Holder - it's free to sign up and there are great benefits!)