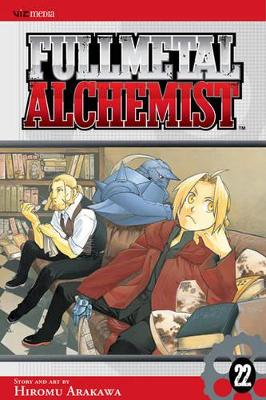 Having consumed Gluttony's powers, Pride may now be too much to handle for Ed and his allies. Their only chance could be the help of Al and Hohenheim, but will Ed trust his estranged father long enough for their plan to work? And back at Central City, Mustang and his team have started their attack. But does the army have a dangerous trick up its sleeve...?

» Have you read this book? We'd like to know what you think about it - write a review about Fullmetal Alchemist, Vol. 22 book by Hiromu Arakawa and you'll earn 50c in Boomerang Bucks loyalty dollars (you must be a Boomerang Books Account Holder - it's free to sign up and there are great benefits!)