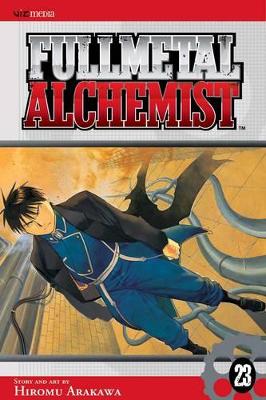 As the battle for Central City rages on, Alphonse faces off against Pride and Kimblee with the aid of a Philosopher's Stone. Can he come up with a plan to take down these two dangerous foes? Meanwhile, Ed and his friends run into Envy below the city. When Roy Mustang learns the truth about Hughes's murder, will he be consumed by hatred and do the unthinkable...?

» Have you read this book? We'd like to know what you think about it - write a review about Fullmetal Alchemist, Vol. 23 book by Hiromu Arakawa and you'll earn 50c in Boomerang Bucks loyalty dollars (you must be a Boomerang Books Account Holder - it's free to sign up and there are great benefits!)