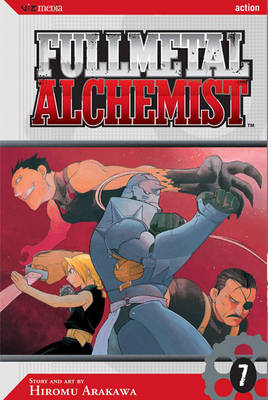 Where did Alphonse Elric go during the few short minutes he was wiped from existence, body and soul? From a secret lair in the city of Dublith, a group of outcasts kidnaps Alphonse to find the alchemical secrets of his creation! It's up to Ed (and a certain housewife) to go into the Devil's Nest and rescue his brother. But the criminals of the Devil's Nest aren't exactly human either. Now, Al must fight a homunculus--an artificial human being--and the streets of Dublith will run red with blood...

» Have you read this book? We'd like to know what you think about it - write a review about Fullmetal Alchemist, Vol. 7 book by Hiromu Arakawa and you'll earn 50c in Boomerang Bucks loyalty dollars (you must be a Boomerang Books Account Holder - it's free to sign up and there are great benefits!)