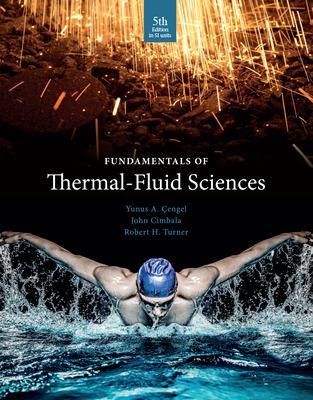 THE FIFTH EDITION IN SI UNITS of Fundamentals of Thermal-Fluid Sciences presents a balanced coverage of thermodynamics, fluid mechanics, and heat transfer packaged in a manner suitable for use in introductory thermal sciences courses. By emphasizing the physics and underlying physical phenomena involved, the text gives students practical examples that allow development of an understanding of the theoretical underpinnings of thermal sciences. A special effort is made to help students develop an intuitive feel for underlying physical mechanisms of natural phenomena and to gain a mastery of solving practical problems that an engineer is likely to face in the real world.

Other Editions - Fundamentals of Thermal Fluid Sciences by Yunus Cengel 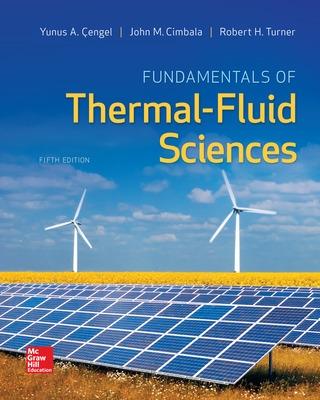 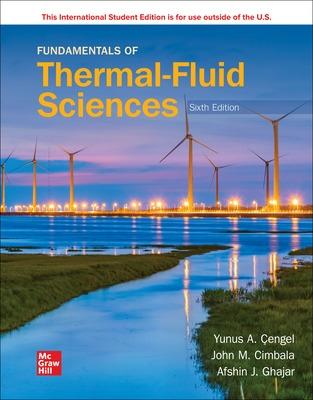 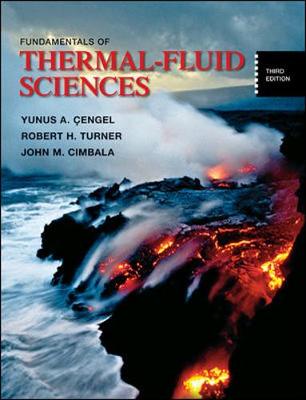 » Have you read this book? We'd like to know what you think about it - write a review about Fundamentals of Thermal Fluid Sciences book by Yunus Cengel and you'll earn 50c in Boomerang Bucks loyalty dollars (you must be a Boomerang Books Account Holder - it's free to sign up and there are great benefits!)

Yunus A. Cengel is Professor Emeritus of Mechanical Engineering at the University of Nevada, Reno. He received his B.S. in mechanical engineering from Istanbul Technical University and his M.S. and Ph.D. in mechanical engineering from North Carolina State University. His areas of interest are renewable energy, energy efficiency, energy policies, heat transfer enhancement, and engineering education. He served as the director of the Industrial Assessment Center (IAC ) at the University of Nevada, Reno, from 1996 to 2000. He has led teams of engineering students to numerous manufacturing facilities in Northern Nevada and California to perform industrial assessments, and has prepared energy conservation, waste minimization, and productivity enhancement reports for them. He has also served as an advisor for various government organizations and corporations. John M. Cimbala is Professor of Mechanical Engineering at The Pennsylvania State University, University Park. He received his B.S. in Aerospace Engineering from Penn State and his M.S. in Aeronautics from the California Institute of Technology (CalTech). He received his Ph.D. in Aeronautics from CalTech in 1984 under the supervision of Professor Anatol Roshko, to whom he will be forever grateful. His research areas include experimental and computational fluid mechanics and heat transfer, turbulence, turbulence modeling, turbomachinery, indoor air quality, and air pollution control. Professor Cimbala completed sabbatical leaves at NASA Langley Research Center (1993-1994), where he advanced his knowledge of computational fluid dynamics (CFD), and at Weir American Hydro (2010-2011), where he performed CFD analyses to assist in the design of hydroturbines. Robert H. Turner is Professor Emeritus of Mechanical Engineering at the University of Nevada, Reno (UNR). He earned a B.S. and M.S. from the University of California at Berkeley, and his Ph.D. from UCLA, all in mechanical engineering. He worked in the industry for 18 years, including nine years at Cal Tech's Jet Propulsion Laboratory (JPL). Dr. Turner then joined the University of Nevada in 1983. His research interests include solar and renewable energy applications, thermal sciences, and energy conservation. He established and was the first director of the Industrial Assessment Center at the University of Nevada.

A Preview for this title is currently not available.
More Books By Yunus Cengel
View All