In this thrilling new high-fantasy trilogy, a magic-wielding queen and a ruthless bounty hunter are separated by centuries but connected by a prophecy

The stunningly original, must-read fantasy of 2018 follows two fiercely independent young women, centuries apart, who hold the power to save their world...or doom it.

When assassins ambush her best friend, Rielle Dardenne risks everything to save him, exposing herself as one of a pair of prophesied queens: a queen of light, and a queen of blood. To prove she is the Sun Queen, Rielle must endure seven elemental magic trials. If she fails, she will be executed...unless the trials kill her first.

One thousand years later, the legend of Queen Rielle is a fairy tale to Eliana Ferracora. A bounty hunter for the Undying Empire, Eliana believes herself untouchable - until her mother vanishes. To find her, Eliana joins a rebel captain and discovers that the evil at the empire's heart is more terrible than she ever imagined.

As Rielle and Eliana fight in a cosmic war that spans millennia, their stories intersect, and the shocking connections between them ultimately determine the fate of their world - and of each other.

'A dark yet rousing adventure story that combines passion and danger at every turn.' - Booklist

'Epic in scope, endless in imagination, this book will grab hold of you and refuse to let go." - Amie Kaufman, New York Times bestselling author of the Illuminae Files and the Starbound trilogy

'Beautiful, brutal, heart-stopping, and epic, Furyborn is a world to lose yourself in.' - Laini Taylor, New York Times bestselling author of Strange the Dreamer and the Daughter of Smoke and Bone saga

'Immersive and intricate, Furyborn is a kick-you-in-the-teeth and grab-you-by-the-heart tale of two queens.' - Roshani Chokshi, New York Times bestselling author of The Star Touched Queen and Crown of Wishes

'Captivating and lovely, volatile, and deadly...Furyborn is a sexy luscious shiver of a book.' - Sarah Raasch, New York Times bestselling author of Snow Like Ashes trilogy

Other Editions - Furyborn by Claire Legrand 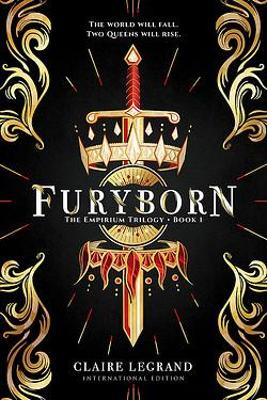 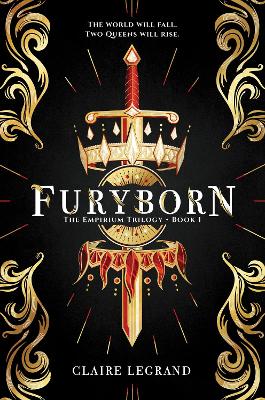 » Have you read this book? We'd like to know what you think about it - write a review about Furyborn book by Claire Legrand and you'll earn 50c in Boomerang Bucks loyalty dollars (you must be a Boomerang Books Account Holder - it's free to sign up and there are great benefits!)


A Preview for this title is currently not available.
More Books By Claire Legrand
View All