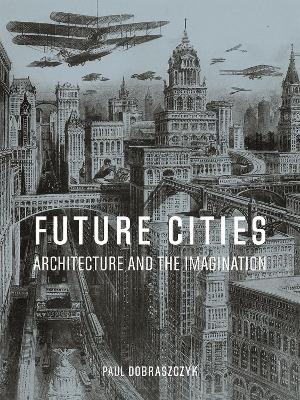 Future Cities: Architecture and the Imagination

Description - Future Cities: Architecture and the Imagination by Paul Dobraszczyk

Architects, artists, film-makers and fiction writers have long been inspired to imagine cities of the future, but their speculative visions tend to be seen very differently from scientific predictions: flights of fancy on the one hand versus practical reasoning on the other. Challenging this opposition, Future Cities teases out the links between speculation and practice, exploring a breathtaking range of imagined cities - submerged, floating, flying, vertical, underground, ruined and salvaged.

In the Netherlands, prototype floating cities are already being built. Dubai's recent skyscrapers resemble those of science-fiction cities of the past, while makeshift settlements built by the urban poor in the developing world are already like the dystopian cities of cyberpunk. Bringing together architecture, fiction, film and art, the book reconnects the imaginary city with the real - proposing a future for humanity that is already grounded in the present and in creative practices of many kinds.

'A compendious, dizzying collection of the cities of the future, and their analogues in the present. Future Cities holds out the important hope that our cities could be better - fairer, more equal, more open - rather than just taller and weirder.' - Owen Hatherley, author of Militant Modernism and Trans-Europe Express

» Have you read this book? We'd like to know what you think about it - write a review about Future Cities: Architecture and the Imagination book by Paul Dobraszczyk and you'll earn 50c in Boomerang Bucks loyalty dollars (you must be a Boomerang Books Account Holder - it's free to sign up and there are great benefits!)


A Preview for this title is currently not available.
More Books By Paul Dobraszczyk
View All

Architecture and Anarchism: Building without Authority
$76.50 $85.00