The Future of Diplomacy

Description - The Future of Diplomacy by Philip Seib

Never before has diplomacy evolved at such a rapid pace. It is being transformed into a global participatory process by new media tools and newly empowered publics. 'Public diplomacy' has taken center-stage as diplomats strive to reach and influence audiences that are better informed and more assertive than any in the past.

In this crisp and insightful analysis, Philip Seib, one of the world's top experts on media and foreign policy, explores the future of diplomacy in our hyper-connected world. He shows how the focus of diplomatic practice has shifted away from the closed-door, top-level negotiations of the past. Today's diplomats are obliged to respond instantly to the latest crisis fueled by a YouTube video or Facebook post. This has given rise to a more open and reactive approach to global problem-solving with consequences that are difficult to predict. Drawing on examples from the Iran nuclear negotiations to the humanitarian crisis in Syria, Seib argues persuasively for this new versatile and flexible public-facing diplomacy; one that makes strategic use of both new media and traditional diplomatic processes to manage the increasingly complex relations between states and new non-state political actors in the 21st Century

Other Editions - The Future of Diplomacy by Philip Seib 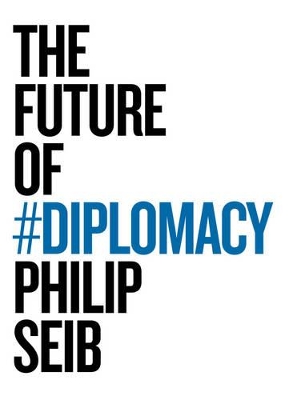 Book Reviews - The Future of Diplomacy by Philip Seib

» Have you read this book? We'd like to know what you think about it - write a review about Future of Diplomacy book by Philip Seib and you'll earn 50c in Boomerang Bucks loyalty dollars (you must be a Boomerang Books Account Holder - it's free to sign up and there are great benefits!)

Philip Seib is Professor of Journalism and Public Diplomacy and Professor of International Relations at the University of Southern California. From 2009 until 2013, he was director of USC s Center on Public Diplomacy. He is author or editor of numerous books, including The Al Jazeera Effect; Global Terrorism and New Media; Al Jazeera English; Real-Time Diplomacy; Religion and Public Diplomacy; and The Future of Diplomacy. He writes frequently for Huffington Post and is editor/co-editor of two academic book series and founding co-editor of the journal Media, War, and Conflict.

A Preview for this title is currently not available.
More Books By Philip Seib
View All