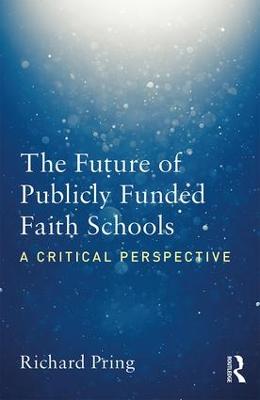 The Future of Publicly Funded Faith Schools addresses and critically examines the arguments both for and against the continued maintenance of faith-based schools within a publicly funded state system. Addressing the issue systemically, first grounding the discussion in the practical world of education before raising the central philosophical issues stemming from faith-based education, it provides a balanced synthesis of the different arguments surrounding faith schools.

The book expounds upon the different threats facing faith-based schools, including their perceived potential to undermine social cohesion within a multi-cultural society, and the questioning of their right to receive public funding, and examines what these mean for their future. Examining these threats, it questions:

The Future of Publicly Funded Faith Schools makes a unique contribution to the literature in this area and is crucial reading for anyone interested in what the future holds for publicly funded faith schools including academics, researchers, and postgraduate students in the fields of education, religious studies, policy, and politics of education, sociology, and philosophy. 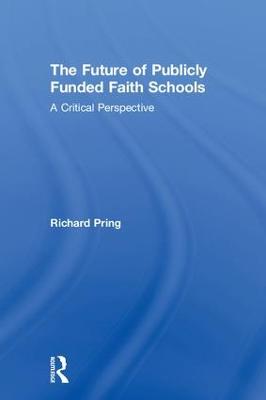 » Have you read this book? We'd like to know what you think about it - write a review about Future of Publicly Funded Faith Schools book by Richard Pring and you'll earn 50c in Boomerang Bucks loyalty dollars (you must be a Boomerang Books Account Holder - it's free to sign up and there are great benefits!)

Richard Pring is Emeritus Professor of Education, and was formerly Director of Department of Educational Studies, University of Oxford, UK.

A Preview for this title is currently not available.
More Books By Richard Pring
View All

Thinking Philosophically about Education: The Selected Works of Richard Pring
$249.48 $252.00

Challenges for Religious Education: Is There a Disconnect Between Faith and Reason?
$249.48 $252.00

Education, Social Reform and Philosophical Development: Evidence from the Past, Principles for the Future
$249.48 $252.00