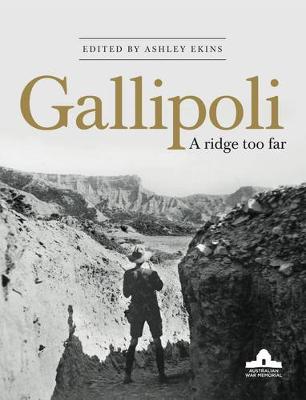 A Ridge Too Far Edition with numbered copies

In early August 1915, after months of stalemate in the trenches on Gallipoli, British and Dominion troops launched a series of assaults in an all-out attempt to break the deadlock and achieve a decisive victory. The `August offensive' resulted in heartbreaking failure and costly losses on both sides. Many of the sites of the bloody struggle became famous names: Lone Pine, the Nek, Chunuk Bair, Hill 60, Suvla Bay. Debate has continued to the present day over the strategy and planning, the real or illusory opportunities for success, and the causes of failure in what became the last throw of the dice for the Allies. Some argue that these costly attacks were a lost opportunity; others maintain that the outcomes were simply inevitable.
This new book about the Gallipoli battles arises out of a major international conference at the Australian War Memorial in 2010 to mark the 95th anniversary of the Gallipoli campaign. The conference drew leading military historians from around the world to bring multi-national viewpoints to the many intriguing questions still debated about Gallipoli. Keynote speaker, Professor Robin Prior of the University of Adelaide, author of Gallipoli: the end of the myth (2009), led a range of international authorities from Australia, New Zealand, Britain, France, Germany, India and Turkey to present their most recent research findings. The result was significant: never before had such a range of views been presented, with fresh German and Turkish perspectives offered alongside those of British and Australasian historians. For the resulting book, the papers have been edited and the text has been augmented with soldiers' letters and diary accounts, as well as a large number of photographs and maps.

Other Editions - Gallipoli by Ashley Ekins 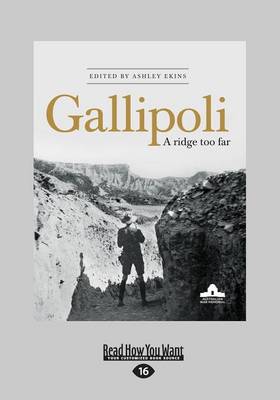 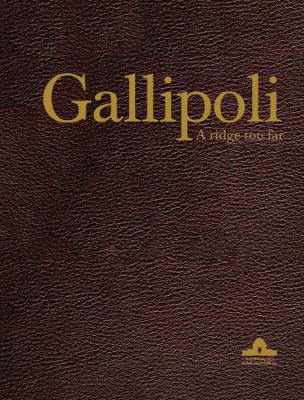 » Have you read this book? We'd like to know what you think about it - write a review about Gallipoli book by Ashley Ekins and you'll earn 50c in Boomerang Bucks loyalty dollars (you must be a Boomerang Books Account Holder - it's free to sign up and there are great benefits!)

Ashley Ekins is Head of the Military History Section at the Australian War Memorial in Canberra. He specialises in the history of the First World War and the Vietnam War. He is the co-author (with Ian McNeill) of two volumes of the The Official History of Australian Involvement in Southeast Asian Conflicts 1948-1975 dealing with Australian army operations in the Vietnam War: On the Offensive (2003), and Fighting to the Finish.