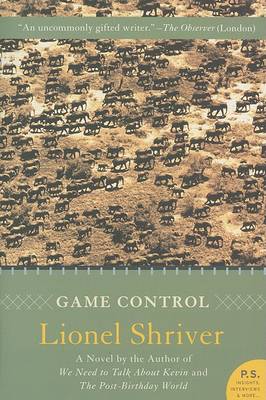 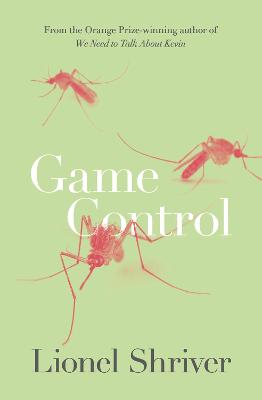 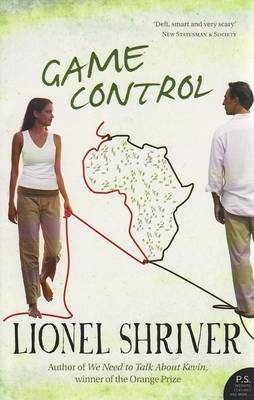 » Have you read this book? We'd like to know what you think about it - write a review about Game Control book by Lionel Shriver and you'll earn 50c in Boomerang Bucks loyalty dollars (you must be a Boomerang Books Account Holder - it's free to sign up and there are great benefits!)

Game Control is the fifth novel by American author, Lionel Shriver. This novel is set in Kenya in the early 1990s and concerns demographics and AIDs. The main characters are a vengeful misanthrope, Calvin Piper, and a guilty do-gooder, Eleanor Merritt. Eleanor works for a Family Planning agency and encounters the charismatic Piper at various Aid conferences. Despite his provocative and controversial opinions about population control (eg allow infant mortality to increase by stopping vaccination), Eleanor falls in love with Piper. But Piper declares himself incapable of love since the death of his black African mercenary girlfriend, Panga (who haunts his cottage still, offering commentary and opinion). In his genial despair, Piper’s sparring partner on population matters is the morbidly euphoric Wallace Threadgill, a continuing source of optimistic clippings from papers and magazines. When Eleanor accidentally stumbles on Piper’s solution to the population explosion, her love for Piper is tested against her commitment to humanity. In this blackly comic offering, Shriver deftly presents two sides of the population control debate, while illustrating the power of statistics. Shriver’s extensive research is apparent in every paragraph. Brilliant.


A Preview for this title is currently not available.
More Books By Lionel Shriver
View All