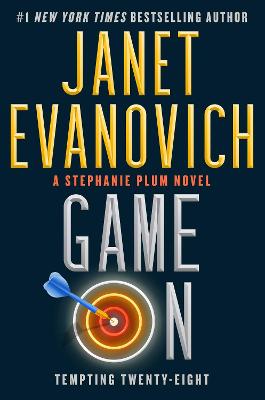 Stephanie Plum returns to hunt down a master cyber-criminal operating out of Trenton in the 28th book in the wildly popular series by #1 New York Times bestselling author Janet Evanovich.

When Stephanie Plum is woken up in the middle of the night by the sound of footsteps in her apartment, she wishes she didn't keep her gun in the cookie jar in her kitchen. And when she finds out the intruder is fellow apprehension agent Diesel, six feet of hard muscle and bad attitude whom she hasn't seen in more than two years, she still thinks the gun might come in handy.

Turns out Diesel and Stephanie are on the trail of the same fugitive: Oswald Wednesday, an international computer hacker as brilliant as he is ruthless. Stephanie may not be the most technologically savvy sleuth, but she more than makes up for that with her dogged determination, her understanding of human nature, and her willingness to do just about anything to bring a fugitive to justice. Unsure if Diesel is her partner or her competition in this case, she'll need to watch her back every step of the way as she sets the stage to draw Wednesday out from behind his computer and into the real world.

Praise for the Stephanie Plum series:

'The undisputed queen of the comedy beat . . . A hilarious rollercoaster ride with a heroine who would have Bridget Jones for breakfast' Guardian

'There are few crime writers who can make their readers laugh out loud at the same time as keeping the tension as high octane as this . . . For sheer uncomplicated fun, Stephanie Plum is hard to beat' Express on Sunday

'Will delight her legion of fans . . . Plum is not just a smart private eye but a heroine with a sense of humour' Daily Mail

'As smart and sassy as high-gloss wet paint' Time Out 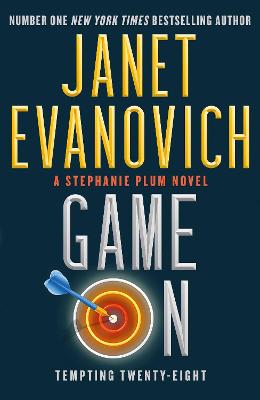 » Have you read this book? We'd like to know what you think about it - write a review about Game On: Tempting Twenty-Eight (Stephanie Plum Book #28) book by Janet Evanovich and you'll earn 50c in Boomerang Bucks loyalty dollars (you must be a Boomerang Books Account Holder - it's free to sign up and there are great benefits!)