Description - Gandhi 1914-1948: The Years That Changed the World by Ramachandra Guha

The magnificent biography of Gandhi by India's leading historian

Gandhi lived one of the great 20th century lives. He inspired and enraged, challenged and delighted many million men and women around the world. He lived almost entirely in the shadow of the British Raj, which for much of his life seemed a permanent fact, but which he did more than anyone else to destroy, using revolutionary and inspirational tactics. In a world defined by violence on a scale never imagined before and by ferocious Fascist and Communist dictatorship, he was armed with nothing more than his arguments and example.This magnificent book tells the story of Gandhi's life, from his departure from South Africa to his assassination in 1948. It is a book with a Tolstoyan sweep, both allowing us to see Gandhi as he was understood by his contemporaries and the vast, unbelievably varied Indian societies and landscapes which he travelled through and changed beyond measure. Drawing on many new sources and animated by its author's wonderful sense of drama and politics, the publication of Gandhi is a major event.

Other Editions - Gandhi 1914-1948: The Years That Changed the World by Ramachandra Guha 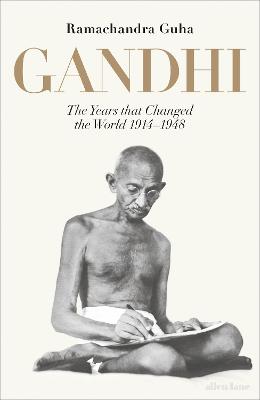 Book Reviews - Gandhi 1914-1948: The Years That Changed the World by Ramachandra Guha

» Have you read this book? We'd like to know what you think about it - write a review about Gandhi 1914-1948: The Years That Changed the World book by Ramachandra Guha and you'll earn 50c in Boomerang Bucks loyalty dollars (you must be a Boomerang Books Account Holder - it's free to sign up and there are great benefits!)


A Preview for this title is currently not available.
More Books By Ramachandra Guha
View All

The Commonwealth of Cricket: A Lifelong Love Affair with the Most Subtle and Sophisticated Game Known to Humankind
$27.99 $34.99