A champion of civil rights and a leading light in India's struggle for independence, Mohandas Karamchand Gandhi was one of the iconic figures of the 20th century. He is best remembered for continually challenging British supremacy through acts of non-violent civil disobedience, and he willingly subjected himself to prison for his beliefs. But he was a complex and controversial man, someone whose behaviour in his personal life - especially as a father and a husband - was often at odds with his own teachings. A master of conflict resolution, he was adept at forging alliances with his fiercest critics, yet he could be uncompromising in his treatment of family members and loyal followers.

This intimate pictorial biography unpicks the nuances of Gandhi's life and character, charting his evolution from fun-loving schoolboy to the man revered throughout India as the 'Father of the Nation'. Drawing on contemporary accounts and a myriad letters, documents, illustrations and photographs - including many which have rarely, if ever, been published - it reveals a man of contradictions, a fascinating personality whose complexities are sometimes obscured by the enormity of his achivements.

Other Editions - Gandhi by Pramod Kapoor 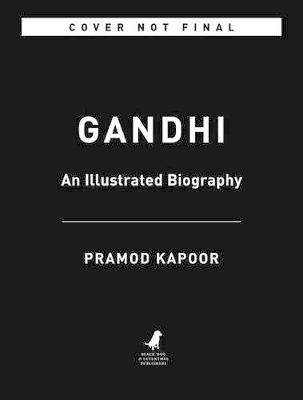 » Have you read this book? We'd like to know what you think about it - write a review about Gandhi book by Pramod Kapoor and you'll earn 50c in Boomerang Bucks loyalty dollars (you must be a Boomerang Books Account Holder - it's free to sign up and there are great benefits!)


A Preview for this title is currently not available.
More Books By Pramod Kapoor
View All