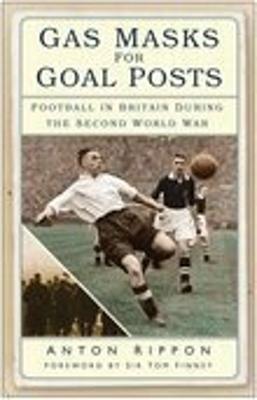 Football in Britain During the Second World War New edition

I was 12th man for England against Wales at Wembley. Within a few minutes, the Welsh half-back broke his collar bone. They had no reserves and I as the only spare player to hand. That's how I made my international debut - for Wales. - Stan Mortensen, Blackpool and England. When Britain declared war on Germany in September 1939, football came to an abrupt halt. Large crowds were banned, stadiums were given over to military use, most players joined up. Then it was realised that if victory was the national goal, soccer could help - and football went to war. For the next six years the game became hugely important to Britain. Boosting morale among servicemen, munitions workers and beleaguered citizens alike - and raising hundreds of thousands of pounds for war funds. It was a game with plenty of human stories. Some footballers were dubbed 'PT commandos' or 'D-Day dodgers'. Others, however, saw action. Pre-war heroes on the pitch became wartime heroes off it. This book captures the atmosphere of the time and tells the story of a unique period in football's history.

Other Editions - Gas Masks for Goal Posts by Anton Rippon 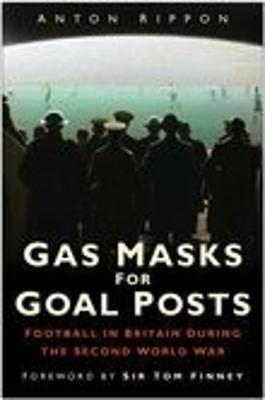 » Have you read this book? We'd like to know what you think about it - write a review about Gas Masks for Goal Posts book by Anton Rippon and you'll earn 50c in Boomerang Bucks loyalty dollars (you must be a Boomerang Books Account Holder - it's free to sign up and there are great benefits!)

ANTON RIPPON was born during the Second World War and grew up watching football. He has covered top-flight soccer for national and local newspapers and his work has appeared in The Times, The Independent, The Guardian and the Sunday Telegraph. For over 20 years he ran one of the UK's leading football publishers and was also editorial director of The Footballer magazine. The author of some 20 sporting books.

A Preview for this title is currently not available.
More Books By Anton Rippon
View All