Darkness has fallen upon Mytica, and the Golden Princess will be a prisoner no longer.
Cleo's forced marriage to Prince Magnus ended in the gruesome decimation of Jonas's rebel army. Now, she vows to take control of her own destiny - even if it means being as cunning and deceitful as greedy King Gaius, who stole her father's throne.
Princess Lucia's powers are growing stronger by the day and, much to Gaius's delight, the magic of the Kindred feels closer than ever. Out of nowhere, Alexius, a handsome stranger from Lucia's dreams, arrives at the palace, promising that he knows the secret to unlocking the sorceress's full potential. Gaius is convinced that Alexius holds the key to unlocking the godlike force of the ancient elements. But Magnus doesn't trust this intruder for a minute. In times as dark as these, he of all people knows not to trust even the most angelic of faces.
But the King of Blood is not the only one in pursuit of total domination. Two beautiful and cunning royals from across the Silver Sea have come to Mytica with a plan to take in much more than the local culture. The race is on to uncover the Kindred. Whoever wins will control the fate of Mytica...but fate can be fickle when magic is involved. 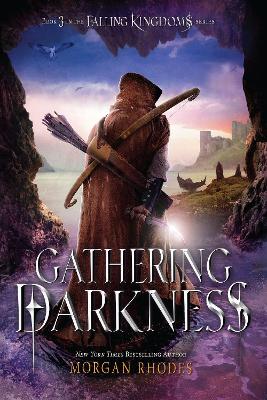 » Have you read this book? We'd like to know what you think about it - write a review about Gathering Darkness book by Morgan Rhodes and you'll earn 50c in Boomerang Bucks loyalty dollars (you must be a Boomerang Books Account Holder - it's free to sign up and there are great benefits!)

The Story of a New Name: The Neapolitan Novels, Book Two
Elena Ferrante
$19.54 $22.99
More Books By Morgan Rhodes
View All