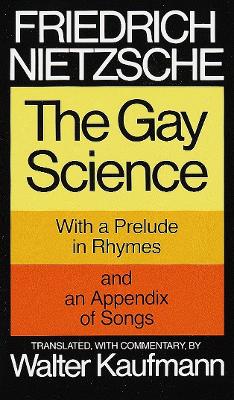 Nietzsche called The Gay Science "the most personal of all my books." It was here that he first proclaimed the death of God-to which a large part of the book is devoted-and his doctrine of the eternal recurrence.

Walter Kaufmann's commentary, with its many quotations from previously untranslated letters, brings to life Nietzsche as a human being and illuminates his philosophy. The book contains some of Nietzsche's most sustained discussions of art and morality, knowledge and truth, the intellectual conscience and the origin of logic.

Most of the book was written just before Thus Spoke Zarathustra, the last part five years later, after Beyond Good and Evil. We encounter Zarathustra in these pages as well as many of Nietzsche's most interesting philosophical ideas and the largest collection of his own poetry that he himself ever published.

Walter Kaufmann's English versions of Nietzsche represent one of the major translation enterprises of our time. He is the first philosopher to have translated Nietzsche's major works, and never before has a single translator given us so much of Nietzsche. 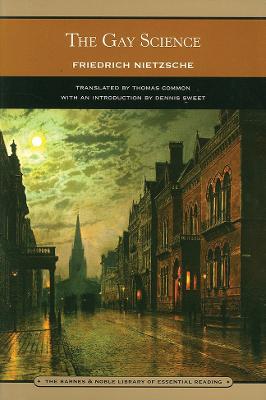 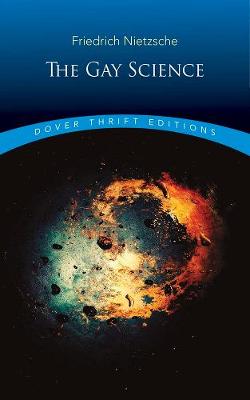 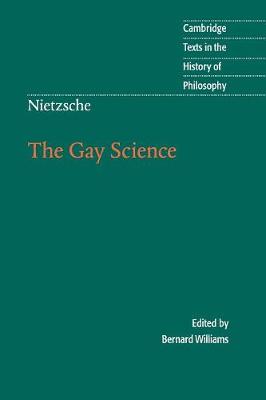 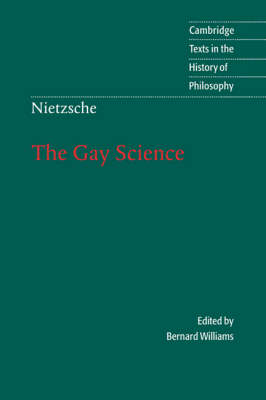 View all editions of Gay Science by Friedrich Nietzsche

» Have you read this book? We'd like to know what you think about it - write a review about Gay Science book by Friedrich Nietzsche and you'll earn 50c in Boomerang Bucks loyalty dollars (you must be a Boomerang Books Account Holder - it's free to sign up and there are great benefits!)

The philosopher Friedrich Nietzsche was born in Prussia in 1844. After the death of his father, a Lutheran minister, Nietzsche was raised from the age of five by his mother in a household of women. In 1869 he was appointed Professor of Classical Philology at the University of Basel, where he taught until 1879 when poor health forced him to retire. He never recovered from a nervous breakdown in 1889 and died eleven years later. Known for saying that "god is dead," Nietzsche propounded his metaphysical construct of the superiority of the disciplined individual (superman) living in the present over traditional values derived from Christianity and its emphasis on heavenly rewards. His ideas were appropriated by the Fascists, who turned his theories into social realities that he had never intended.

A Preview for this title is currently not available.
More Books By Friedrich Nietzsche
View All