Stylish, riveting and appalling, GB84 is a shocking fictional documentation of the violence, sleaze and fraudulence that characterised Thatcher's Britain.Great Britain. 1984. The miners' strike. It is the closest Britain has come to civil war in fifty years, setting the government against the people.In his trademark visceral prose, Peace describes the insidious workings of the boardroom negotiations and the increasingly anarchic coalfield battles; the struggle for influence in government and the dwindling powers of the NUM; and the corruption, intrigue and dirty tricks which run through the whole like a fault in a seam of coal.David Peace has written a novel extraordinary in its reach, and unflinching in its capacity to recreate the brutality and passion that changed the course of British history in the late twentieth century.'A genuine British original.' Guardian'Peace is a writer of such immense talent and power . . . If Northern noir is the crime fashion of the moment, Peace is its most brilliant designer.' The Times

Other Editions - GB84 by David Peace 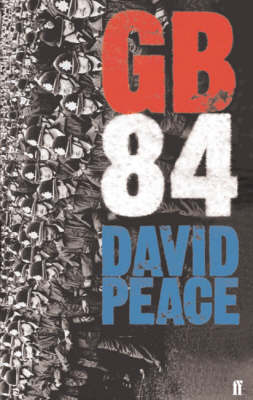 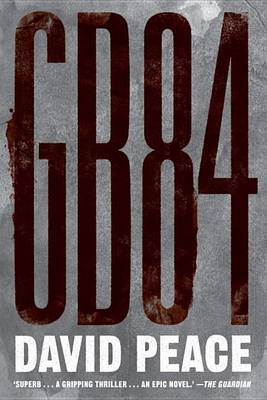 » Have you read this book? We'd like to know what you think about it - write a review about GB84 book by David Peace and you'll earn 50c in Boomerang Bucks loyalty dollars (you must be a Boomerang Books Account Holder - it's free to sign up and there are great benefits!)

David Peace was born in Yorkshire. He is the author of the Red Riding Quartet (Nineteen Seventy Four, Nineteen Seventy Seven, Nineteen Eighty and Nineteen Eighty Three), which was adapted into a Channel 4 series; Tokyo Year Zero and Occupied City, the first two parts of his Tokyo Trilogy; GB84, which was awarded the James Tait Black Memorial Award; The Damned Utd, made into a film starring Michael Sheen; and Red or Dead, a novel about Bill Shankly.