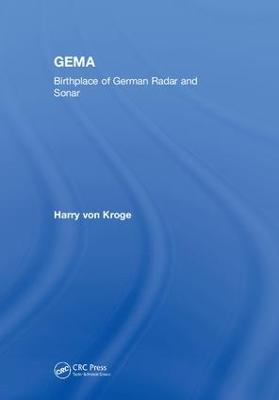 Birthplace of German Radar and Sonar

In Germany, the development of the first technologies of sonar and radar were interrelated. Following Christian Hulsmeyer's forgotten invention of the "Telemobiloskop" in 1904, two Berlin engineers, Paul Gunther Erbsloeh and Hans-Karl von Willisen, developed and built devices to locate targets accurately by reflections with underwater sound and radio waves. In 1934, they found their own company for this work, called Gesellschaft fur Elektroakustische und Mechanische Apparate (GEMA), which became the birthplace of their famous Freya air-warning and Seetakt ocean-surveillance radars.

Harry von Kroge has devoted decades to collecting a mass of statements and widely scattered documentary material about the evolution of GEMA's sonar and radar. GEMA: Birthplace of German Radar and Sonar, the English edition of von Kroge's first important, seminal work, discusses previously unavailable parts of the fascinating story of pioneering efforts in learning to see in the darkness. It relates the fascinating story of how German radar and sonar were developed in the years leading up to and during World War II. The author provides insights into the difficulties encountered on the way to the first promising results in target detection and ranging without optical visibility. The book includes rare technical descriptions as well as information about industrial and scientific cooperation involving secret equipment in Germany before 1945. 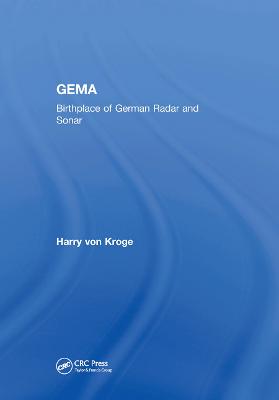 » Have you read this book? We'd like to know what you think about it - write a review about GEMA book by Harry von Kroge and you'll earn 50c in Boomerang Bucks loyalty dollars (you must be a Boomerang Books Account Holder - it's free to sign up and there are great benefits!)


A Preview for this title is currently not available.
More Books By Harry von Kroge
View All