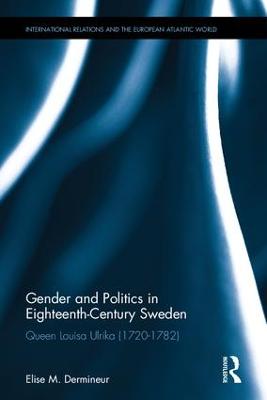 Gender and Politics in Eighteenth-Century Sweden

This book retraces the life and experience of Princess Louisa Ulrika of Prussia (1720-1782), who became queen of Sweden, with a particular emphasis on her political role and activities. As crown princess (1744-1751), queen (1751-1771) and then queen dowager (1771-1782) of Sweden, Louisa Ulrika took an active role in political matters. From the moment she arrived in Sweden, and throughout her life, Louisa Ulrika worked tirelessly towards increasing the power of the monarchy. Described variously as fierce, proud, haughty, intelligent, self-conscious of her due royal prerogatives, filled with political ambitions, and accused by many of her contemporaries of wanting to restore absolutism, she never diverted from her objective to make the Swedish monarchy stronger, despite obstacles and adversities. As such, she embodied the perfect example of a female consort who was in turn a political agent, instrument and catalyst. More than just a biography, this book places Louisa Ulrika within the wider European context, thus shedding light on gender and politics in the early modern period.

Other Editions - Gender and Politics in Eighteenth-Century Sweden by Elise M. Dermineur 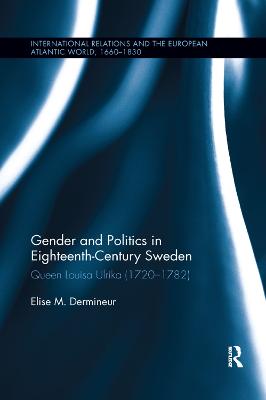 » Have you read this book? We'd like to know what you think about it - write a review about Gender and Politics in Eighteenth-Century Sweden book by Elise M. Dermineur and you'll earn 50c in Boomerang Bucks loyalty dollars (you must be a Boomerang Books Account Holder - it's free to sign up and there are great benefits!)

Elise M. Dermineur is a Pro Futura Scientia fellow both at the Swedish Collegium for Advanced Study and at Umea University, Sweden.

A Preview for this title is currently not available.
More Books By Elise M. Dermineur
View All