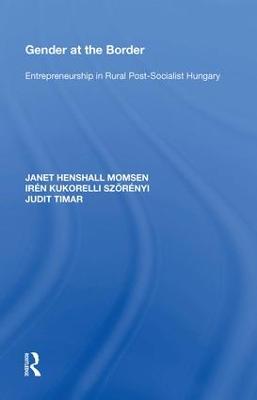 Gender at the Border

Description - Gender at the Border by Janet Momsen

Looking at two contrasting border regions, one in western Hungary, one in the east of the country, this volume is the first to combine an examination of border related issues with gender and economic development. By comparing and critically analyzing the relative levels of encouragement of entrepreneurial activities and gender differences, it highlights the importance of borders within the changing European Union. Despite the assumption that entrepreneurship would be strongest near the western border with Austria, the findings show that, on the contrary, many women in western Hungary would rather avoid the risk of being self-employed by getting well-paid jobs in Austria or working for foreigners, while in the east of the country, entrepreneurship was often the only possible way of earning a living. It also highlights the importance of setting up a business to the empowerment of women in both regions, by giving them a bigger decision-making role in the family.

Book Reviews - Gender at the Border by Janet Momsen

» Have you read this book? We'd like to know what you think about it - write a review about Gender at the Border book by Janet Momsen and you'll earn 50c in Boomerang Bucks loyalty dollars (you must be a Boomerang Books Account Holder - it's free to sign up and there are great benefits!)


A Preview for this title is currently not available.
More Books By Janet Momsen
View All

Gender at the Border: Entrepreneurship in Rural Post-Socialist Hungary
$77.21 $77.99