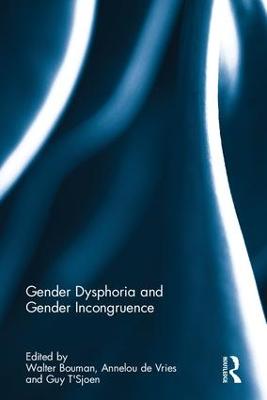 This book was originally published as a special issue of the International Review of Psychiatry. 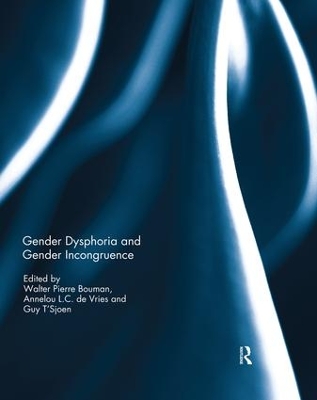 » Have you read this book? We'd like to know what you think about it - write a review about Gender Dysphoria and Gender Incongruence book by Walter Pierre Bouman and you'll earn 50c in Boomerang Bucks loyalty dollars (you must be a Boomerang Books Account Holder - it's free to sign up and there are great benefits!)

Walter Pierre Bouman is a Consultant Psychiatrist-Sexologist and Head of Service at the Nottingham National Centre for Gender Dysphoria in the United Kingdom and an accredited psychotherapist and supervisor. His work and therapeutic practice both focus on the area of gender, sex and relationships, with a particular interest in the aging population. Dr Bouman is Deputy Editor of Sexual and Relationship Therapy - International Perspectives on Theory, Research and Practice. Annelou LC de Vries is a child and adolescent psychiatrist working at the VU University Medical Center in Amsterdam. The scope of her work is consultative-liaison psychiatry at the Pediatric Department, focusing on sick children with mental health problems. An important and special part of her work is dedicated to gender dysphoric adolescents. She published several studies on mental health of gender dysphoric adolescents and treatment evaluation. Guy T'Sjoen is Clinical Staff Physician and Clinical Researcher at the Department of Endocrinology and the Center for Sexology and Gender at the Ghent University Hospital in Belgium. He is a specialist in Endocrinology and received the titles of Clinical Andrologist by the European Academy of Andrology, and Fellow of the European Committee of Sexual Medicine. Professor T'Sjoen is interim President of the European Professional Association for Transgender Health.

A Preview for this title is currently not available.
More Books By Walter Pierre Bouman
View All