Genealogy and Ontology of the Western Image and its Digital Future

With the emerging dominance of digital technology, the time is ripe to reconsider the nature of the image. Some say that there is no longer a phenomenal image, only disembodied information (0-1) waiting to be configured. For photography, this implies that a faith in the principle of an "evidential force" - of the impossibility of doubting that the subject was before the lens - is no longer plausible. Technologically speaking, we have arrived at a point where the manipulation of the image is an ever-present possibility, when once it was difficult, if not impossible.

What are the key moments in the genealogy of the Western image which might illuminate the present status of the image? And what exactly is the situation to which we have arrived as far as the image is concerned? These are the questions guiding the reflections in this book. In it we move, in Part 1, from a study of the Greek to the Byzantine image, from the Renaissance image and the image in the Enlightenment to the image as it emerges in the Industrial Revolution.

Part 2 examines key aspects of the image today, such as the digital and the cinema image, as well as the work of philosophers of the image, including: Roland Barthes, Walter Benjamin, Gilles Deleuze, Jean-Paul Sartre and Bernard Stiegler.

Buy Genealogy and Ontology of the Western Image and its Digital Future by John Lechte from Australia's Online Independent Bookstore, Boomerang Books. 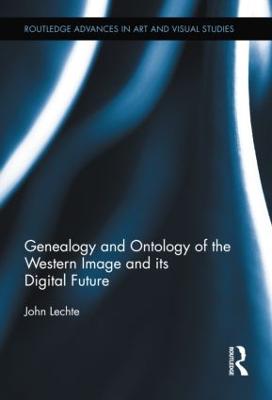 » Have you read this book? We'd like to know what you think about it - write a review about Genealogy and Ontology of the Western Image and its Digital Future book by John Lechte and you'll earn 50c in Boomerang Bucks loyalty dollars (you must be a Boomerang Books Account Holder - it's free to sign up and there are great benefits!)

John Lechte is professor in Sociology at Macquarie University, Sydney, where he teaches and researches in social and European cultural theory. He has published widely on issues relating to the image and the arts and is well known for his books on Julia Kristeva and his widely acclaimed Fifty Key Contemporary Thinkers.

A Preview for this title is currently not available.
More Books By John Lechte
View All