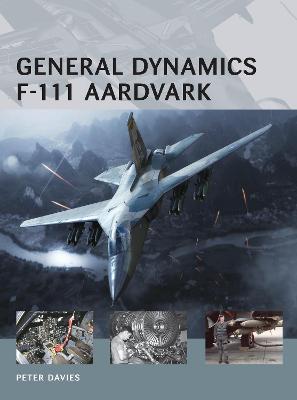 Despite its uncertain start the F-111 proved to be one of the most successful and influential designs of the 1960s. Its radical 'swing wing' was adopted by the F-14 Tomcat, Panavia Tornado and Rockwell B-1B Lancer while its turbofan-type engines became standard in many combat aircraft. F-111 crews pioneered tactics using terrain-following and laser targeting devices that made the F-15E Eagle's missions possible. Its 4,000 low-altitude penetration missions during Operation Linebacker in Vietnam showed how individual aircraft can deliver crippling blows to enemy capability without loss to themselves. The recent retirement of the F-111 from Australian service appears to have created a surge of interest in the type, which hasn't been featured in previous Osprey works.

» Have you read this book? We'd like to know what you think about it - write a review about General Dynamics F-111 Aardvark book by Henry Morshead and you'll earn 50c in Boomerang Bucks loyalty dollars (you must be a Boomerang Books Account Holder - it's free to sign up and there are great benefits!)

Peter E Davies has written or co-written nine books on modern American combat aircraft, including the standard reference work on US Navy and Marine Corps Phantom II operations, Gray Ghosts. He is based in Bristol, UK. Adam Tooby is an internationally renowned digital aviation artist and illustrator. His work can be found in publications worldwide and as box art for model aircraft kits. He also runs a successful illustration studio and aviation prints business. To buy artwork, or contact the artist, visit either www.finesthourart.com or www.adamtoobystudio.co.uk

A Preview for this title is currently not available.
More Books By Henry Morshead
View All